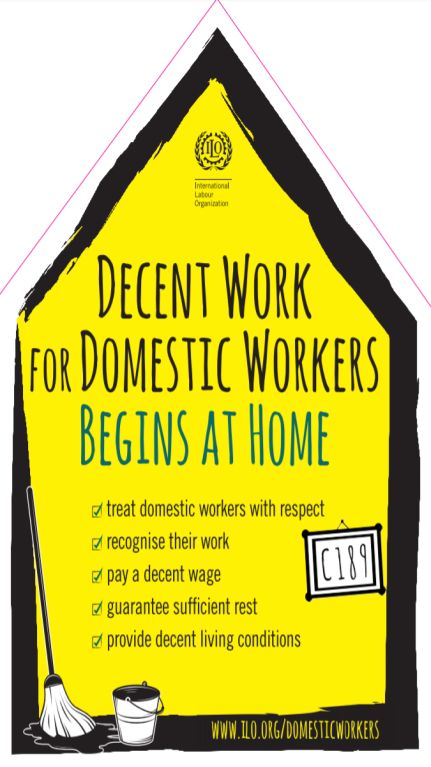 Domestic workers represent the single largest group of female salaried workers contributing to the households of others in their own country or abroad. To date, the ILO estimates that there were 2.6 million domestic workers in Indonesia; of these, around 110 thousands are children under the age of 18 years old. Despite the importance of the role of domestic workers, domestic workers are still not recognized as workers and their employment relationship is not addressed in national labour laws or other legislation. Together with its social partners, the ILO has promoted decent work for domestic workers and the elimination of child domestic labour.