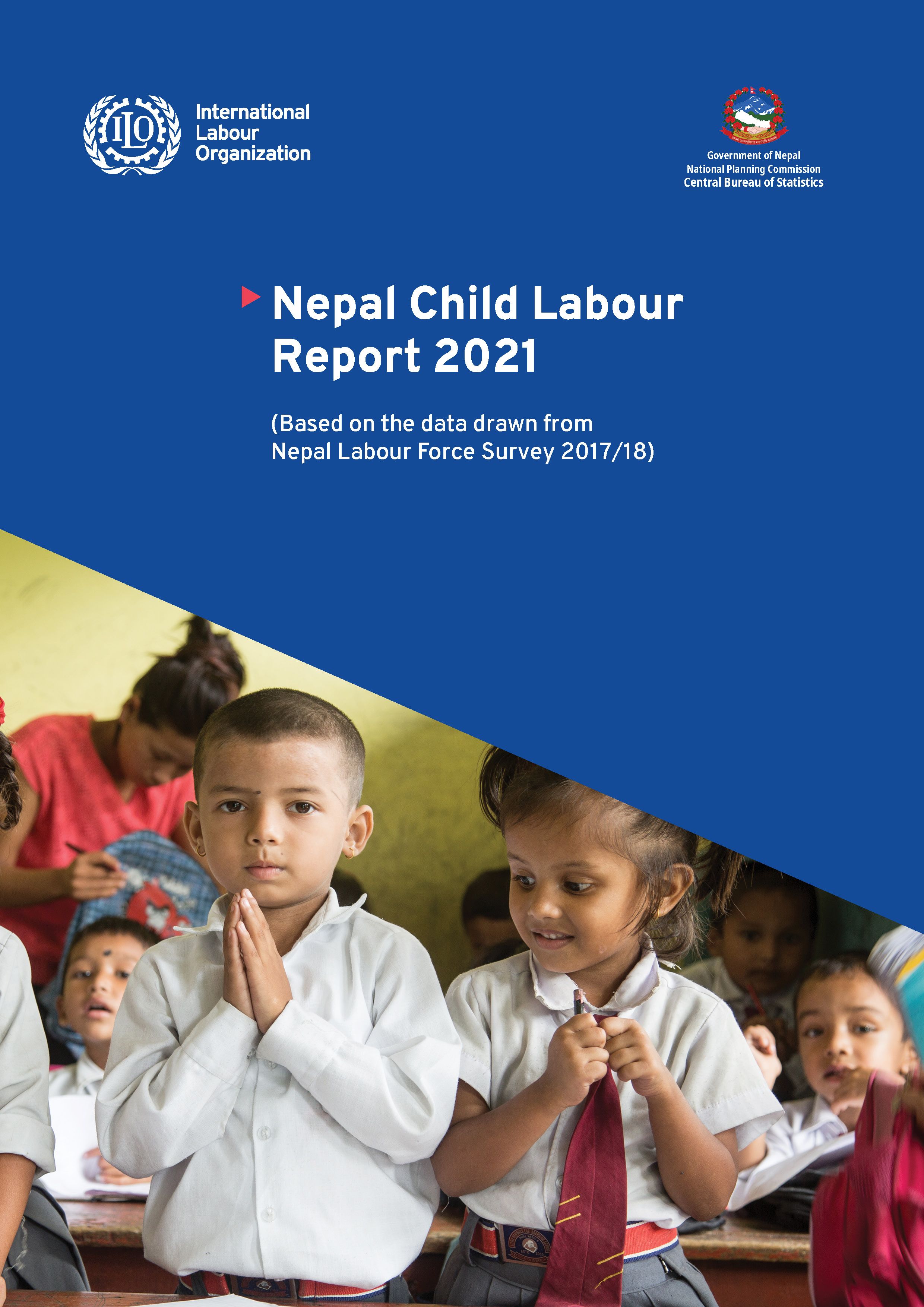 Download:
This report is part of the Nepal Labour Force Survey 2017/18 conducted by the Central Bureau of Statistics in collaboration with the International Labour Organization. It provides the data of child labour in general and in its worst forms in Nepal. The data are disaggregated by age, sex, sector, provinces as well as caste and ethnicity. The report unveils nearly 1.1 million children are involved in child labour of which 0.2 million children are involved in its worst forms. The statistics reveal that child labour is still significant although the overall trend is declining in Nepal (2.6 million in 1998, 1.6 million in 2008 and 1.1 million in 2018). Agriculture is found to be the sector with highest per cent of child labour (87%) and dalit children constitute the highest (19.4%) proportion based on caste and ethnicity. The report assesses the status of child labour and it opens the door to implement the second National Master Plan (2018 – 2028) on Child Labour, recently endorsed by the Ministry of Labour, Employment and Social Security (MoLESS). The dis-aggregated data will also be useful for planning and designing child-focused programmes and activities at provincial and local levels by the government and other development partners in Nepal.

Need for a rigorous effort to eliminate child labour in Nepal