Such NBDNs can serve as inspiration for good policies and practices not only for their members but also for the wider business community. NBDNs are instrumental in increasing companies’ awareness about disability issues and the business benefits of inclusion as well as in preparing companies to welcome and retain staff with disabilities.

Companies in NBDNs increase their demand for workers with disabilities and thus create employment for persons with disabilities who up until now are still frequently pushed into self-employment in the informal economy, especially in developing countries, due to discriminatory practices.

In Latin America, several NBDNs have already been created – namely in Brazil, Chile, Costa Rica, El Salvador, Mexico, Panama and Peru – and are being discussed in several other countries in the region. Further, the Ibero-American Social Security Organization (OISS) is in the process of establishing an Ibero-American Network of Inclusive Companies.

A two-day workshop in the ILO Regional Office for Latin America and the Caribbean, Lima, Peru, on 31 August - 1 September 2017 brought together more than 30 representatives from 12 Latin American countries, including from NBDNs, from companies interested in establishing NBDNs as well as from other relevant actors, e.g. organizations of and for persons with disabilities and government agencies. GBDN company members present at the meeting were Adecco, Carrefour, L'Oréal, Repsol and Legrand. GBDN non-business member Handicap International was present, too.

In the workshop, actors of existing and potential Latin American business and disability networks learned about each other’s approaches and activities, identified lessons learned and potential areas for South-South cooperation among the different business initiatives and networks on the inclusion of people with disabilities in the workplace. 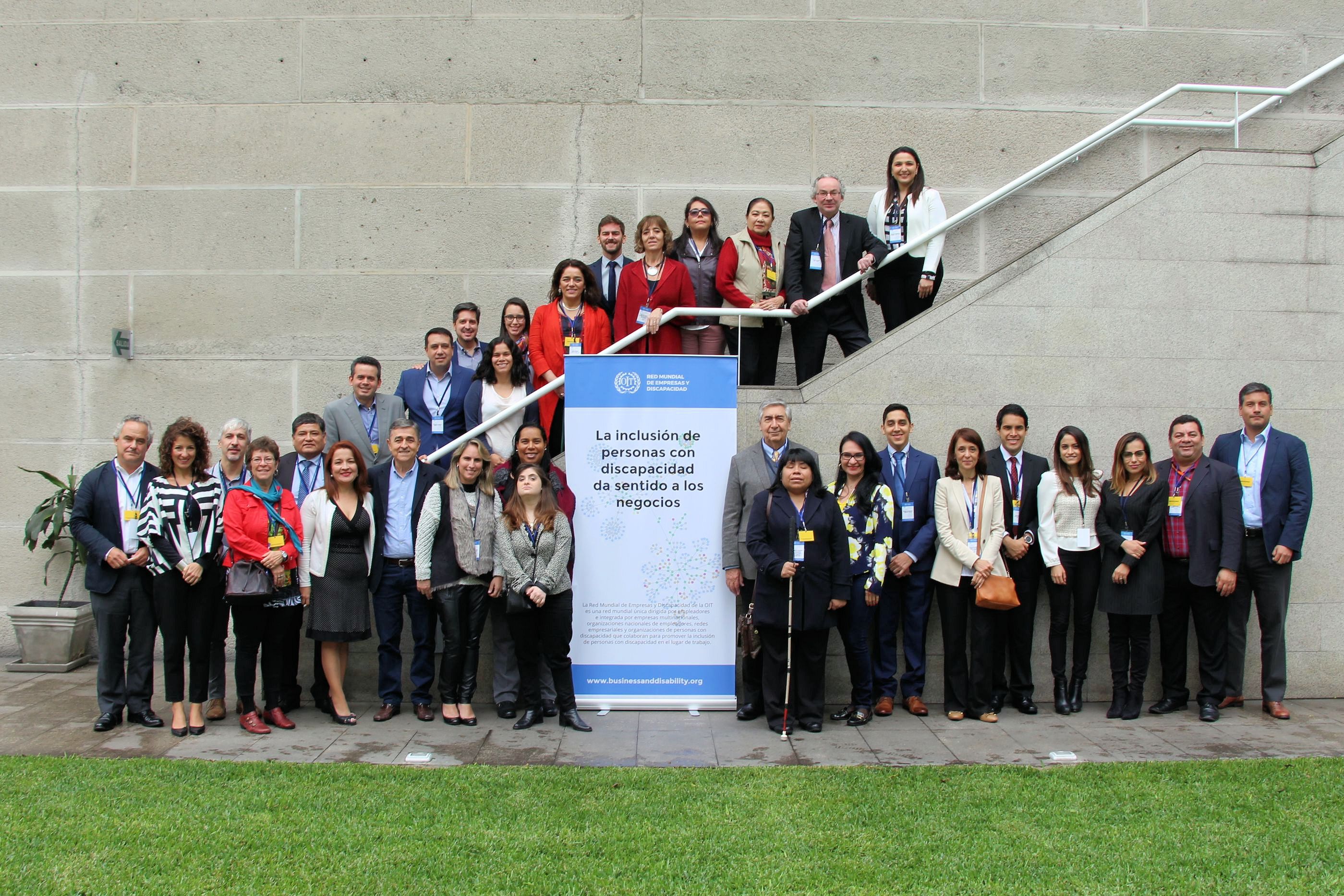