Presenters include workers who will share their successful models of worker-led education and awareness efforts to prevent and address gender-based violence and harassment (GBVH) in the world of work, describing how their interactive peer-led programs are effective in achieving culture change, consistent with International Labour Organization Convention 190 (the ILO's latest international labor standard addressing the elimination of violence and harassment in the world of work including GBVH).

Speakers will highlight specific structural risk factors for GBVH across industries, including occupational segregation, working with customers, working in isolation, power dynamics resulting from precarious employment relationships (such as lack of employee status or immigration status) and how their educational programs integrate this awareness into their approaches. The participants will also describe the importance of the support of employers and governments in developing these models of education and awareness over the long term because they are effective in preventing and addressing GBVH in the world of work thereby increasing retention, recruitment, and productivity.


Kevin Cassidy, Director and Representative to the Bretton Woods Institutions, ILO Office for the United States and Canada

Before becoming an editor, she worked as a reporter covering breaking news, national and international crime, terrorism and disasters. Her reporting assignments have taken her to Europe in the path of the 9/11 terrorists, Jerusalem in the wake of suicide bombings, Iraq to cover the war, Indonesia and Thailand after the tsunami, and Haiti after the massive earthquake that struck Port-au-Prince. She has covered more than 20 hurricanes. Leinwand Leger is a past president of the National Press Club and has previously served as chairman of the Board of Governors. She is vice chair of the National Press Foundation and a proud graduate of its Paul Miller Fellowship. She also serves on the Board of Advisers for the University of North Carolina at Chapel Hill School of Media and Journalism. She has completed Journalist Law School at Loyola University Los Angeles, the Senior Journalist Seminar at the East West Center at the University of Hawaii and the Casey Fellowship at University of Maryland. She is a graduate of the University of North Carolina at Chapel Hill.

Chantal Cousineau, SAG-AFTRA
Chantal Cousineau (she/her) is a certified Intimacy Coordinator. Born in Canada, raised in Ottawa, she spent her childhood training in ITF Tae Kwon-Do. She achieved her first-degree black belt at the age of 15. Subsequently won 2 gold medals at the Canadian Championships in Vancouver and 2 gold medals at the North American Championships. She began to model at the age of 17 and landed before the lens of famed photographers, shooting for Abercrombie & Fitch, Aveda, Italian Vogue, Elle, Cosmopolitan, Roots and more.

Moving to Los Angeles in 2001, she carved out a successful career as an actor in 100+ television commercials.

Since 2017, she has become a grounded voice within the MeToo advocacy community, helping 1,400+ survivors of sexual harassment, assault, and abuse. A longtime member of SAG-AFTRA, Chantal served on several national safety committees to consult on ways the industry could expand its best practices to move closer towards equal treatment, pay parity, representation, and improving safety standards on sets.

She combined her many years of experience as a performer, with her advocacy work, to pivot to her career as a certified film/television Intimacy Coordinator.

Chantal is a dual citizen of Canada and the US, and she speaks both French and English fluently.

Karen Dove, Executive Director, ANEW
Karen Dove is the Executive Director of ANEW, a 40-year-old nonprofit with a mission to improve people’s lives by providing quality training, employment navigation and supportive services leading to successful family wage careers. Karen’s role as Executive Director is to plan and execute the overall strategic and operational responsibility for ANEW’s staff, programs, expansion and execution of its mission. Karen comes to ANEW from Montana where she led programs and advocated for policies focused on building economic security for all. Karen is a dedicated servant leader and has a passion for social justice issues. Karen is committed to developing collaborative partnerships resulting in systemic change. Throughout her career, she has utilized her entrepreneurial spirit and skills to create and implement new and innovative programs aimed at moving people toward family wage jobs.

Veronica Lagunas, Co-Founder, Ya Basta!
Veronica Girón is a janitorial worker, union leader, and educator who came to the United States from El Salvador eighteen years ago and is the mother of two children. As a worker in the janitorial industry and member of SEIU United Service Workers West, she helped to lead the Ya Basta! campaign and participated in the hunger strike that led to passage of California Assembly Bill (A.B.) 1978, the Property Service Workers Protection Act, signed by Governor Jerry Brown in September 2016. She also participated in a similar hunger strike as part of a coalition effort in New York and currently is working on the campaign to pass A.B. 2079, legislation which would support peer education and advocacy on sexual harassment in the janitorial industry. Ms. Girón is a community mental health and HIV prevention educator for Los Angeles County and a trained anti-violence educator in her union. She gives self-defense classes and is currently obtaining a diploma in first aid/emergency response for immigrants with a focus on women and children, through a program of the National Autonomous University of Mexico (UNAM) in Los Angeles, UC Berkeley, and OIM.

Desiree Ann Wood, Founder and President, REAL Women in Trucking
A Mexican American woman from California with two children and six grandchildren, Desiree Wood began writing about her experiences as a single female entering trucking in 2008 on the "Ask the Trucker" blog. Her unedited story, "A Day in the Life of a Lady Trucker" became the basis of four Dan Rather Investigative reports into truck driver training.

In 2010 she founded REAL Women in Trucking. She is also the President of Truckers Emergency Assistance Responders (T.E.A.R.).

Desiree is internationally recognized for her work advocating for truckers and specifically women who are entering the industry. Known as an expert on entry-level truck driver training fleet practices with firsthand experience, she provides insight to law firm. 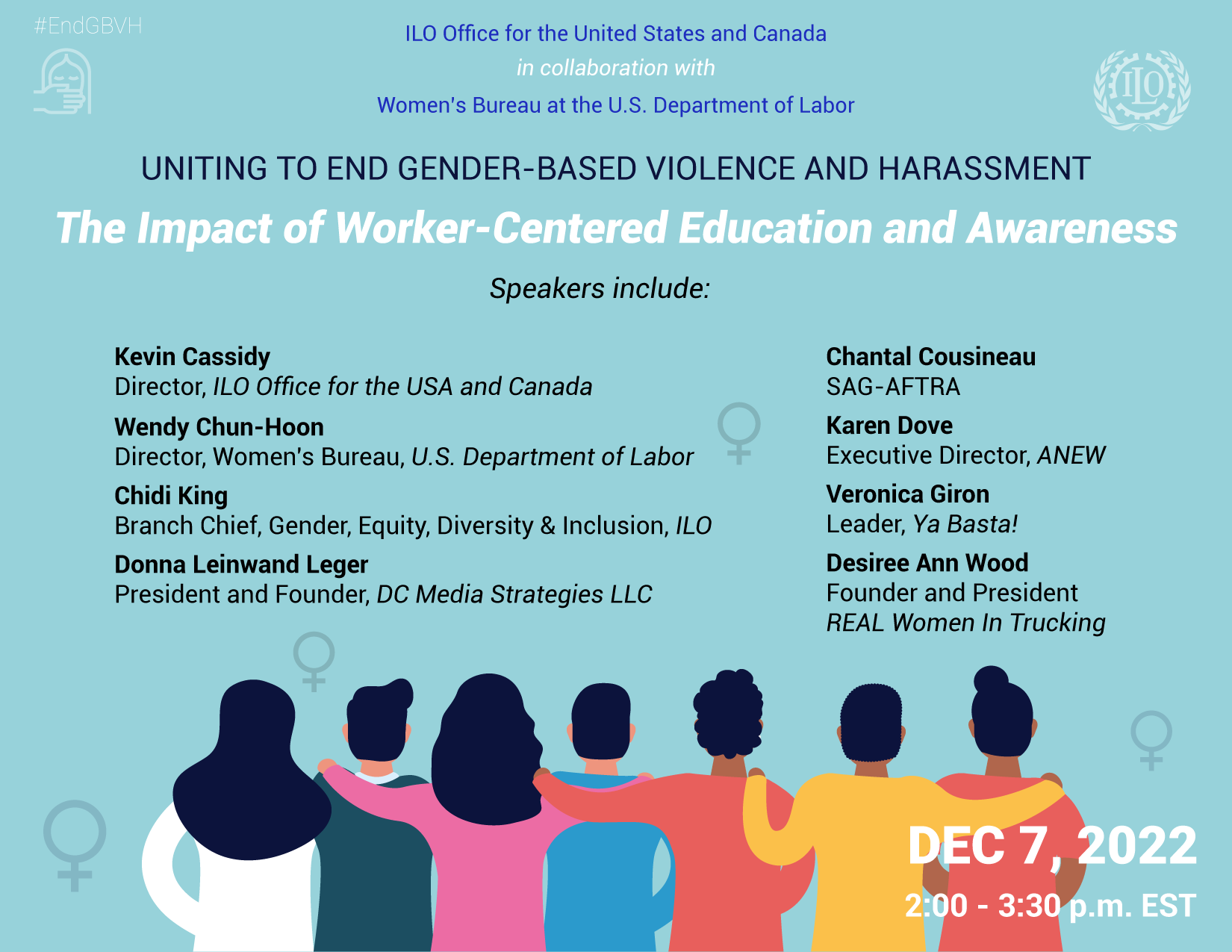