Director and Representative to the Bretton Woods and Multilateral Organizations

ILO Office for the United States


Kevin Cassidy, with nearly 4 decades of international development experience, is currently the Director and Representative to the Bretton Woods and Multilateral Organizations for the International Labour Organization (ILO) Office for the United States.

Prior to this appointment, Mr. Cassidy served as the Senior Communications and Economic and Social Affairs Officer for 11 years in the ILO Office for the United Nations with additional responsible for partnerships in North America.
During this time, Mr. Cassidy worked with member States to organise Heads of State/Government and Ministerial level events highlighting decent work as well as introducing policy language on key development issues into the resolutions and outcomes documents of the UN General Assembly’s Third Committee and the Commissions of the Economic and Social Council (ECOSOC).

Before his assignment to New York, Mr. Cassidy was the Chief Technical Adviser for the ILO’s Global Campaign on Promoting Fundamental Rights at Work. During that time he developed numerous communication initiatives in over 40 countries such as interactive radio and television programmes as well as training journalists on communicating locally on decent work, child labour, forced labour, discrimination and the freedom of association.

Prior to joining the ILO, Mr. Cassidy worked for the Aga Khan Foundation (AKF-UK) in London as the Operations, Communications and Partnership Director. His work with the AKF-UK focused on rural and community-based development in Central and South Asia.

Mr. Cassidy has worked in several UN offices during his career including the Department of Peacekeeping Operations (DPKO) on the issue of landmines, the Office of the Coordination of Humanitarian Assistance (OCHA), the Executive Office of the Secretary-General (Boutros Boutros-Ghali and Ban Ki-moon), the UN Department of Public Information and the UN Non-Governmental Liaison Service (NGLS), New York.

Mr. Cassidy holds a Masters’ of Economic and Political Development from Columbia University’s School of International and Public Affairs. 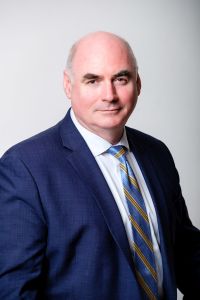