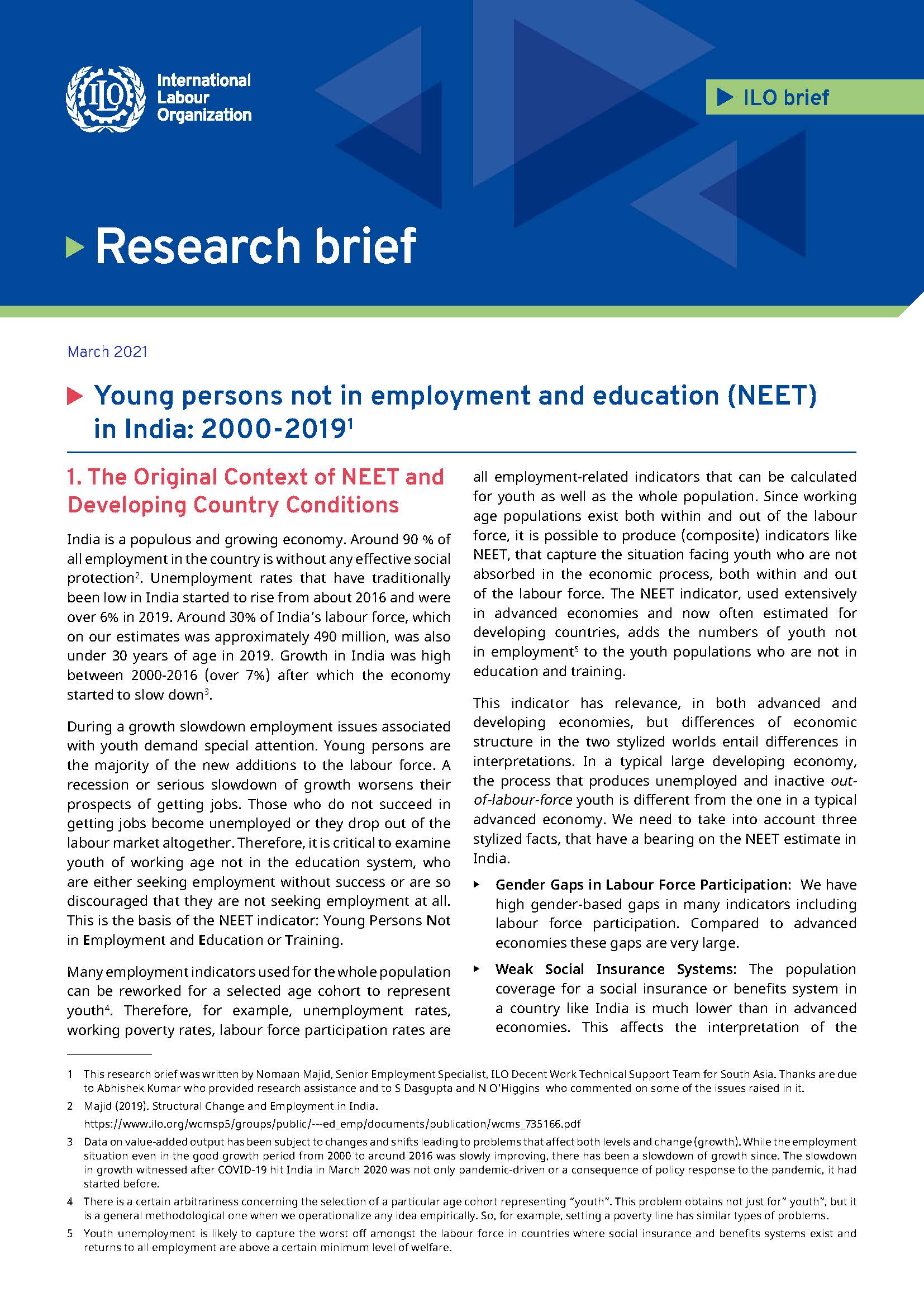 Download:
Young persons who are waiting for jobs in unemployment queues and are not in employment or who drop out or stay out of the labour market and education and training systems are NEETS. In poor developing economies with large youth populations, wide gender gaps in participation rates, unequal and inadequate access to education, and ineffective social welfare systems there is a special need to distinguish the two core components of NEET.

India is a developing labour surplus economy that faces the challenge of low rates participation of women in the labour force- rates that are much lower than male participation rates. It has weak social insurance and public education and training systems.

This paper shows that one core component of NEET (the NEET-Unemployed- who are by definition in the labour force) is dominated by men but is a minority part of NEETs; and the other core component of NEET (the not in training, education and employment and also in the out of labour force group) is dominated by women and is the majority part of NEETs. NEET rates are thus much higher for women than they are for men. The minority NEET male dominated unemployed are also more educated and richer than the majority female dominated NEET- the not in education and training / out of labour force group. The latter group while being out of the labour force is however not “inactive”. It is involved in working for the reproduction of the household including doing care work. Thus, the characteristics of NEET in India are that the minority male-dominated unemployed group is better educated and richer, and the majority female-dominated out of labour force/ not in education and training group is less educated and poorer. Policy analysis with the objective of increasing the inclusion of youth in the labour market under such conditions should benefit from separately examining components of NEET.