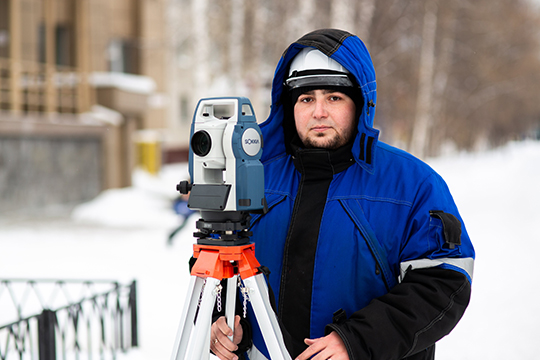 NIZHNEVARTOVSK, Russian Federation (ILO News) – The Khanty-Mansy Autonomous Okrug-Yugra is among Russia’s richest regions, thanks to oil and gas production.

It is also a very young region, with 16-29 year olds representing 29 per cent of its working-age population. While the unemployment rate in this wealthy region is very low, a relatively large number of highly qualified young people still cannot find a job.

Ruslan Mikhno, 25, is one of these highly qualified jobless. After graduating as a geodesist, Mikhno moved to the city of Nizhnevartovsk. He was sure that he would easily find a job in this oil-rich region, where his profession is in great demand. However, reality proved to be quite different.

Marina Romanova, 25, another university graduate, lives in the neighboring city of Surgut. She found it impossible to find a job in journalism or public relations.

Mikhail Pouchkin, Senior Employment Specialist at the ILO Country Office for Eastern Europe and Central Asia, pointed out that such persistent youth unemployment affects all countries, regardless of their level of economic development. “It is, among other things, rooted in stereotypical employers’ attitude towards young workers. As they have no work experience they are perceived as a business risk.”

Mikhno and Romanova had registered as unemployed with the local public employment service but this did not change their desperate situation.

These two qualified graduates were on the verge of joining the ranks of disappointed youth who have given up hope of finding a decent job. Fortunately, they live in one of the target regions of the ILO project Partnerships for Youth Employment in the Commonwealth of Independent States ”, funded by the Russian company LUKOIL.

“This ILO project pilots so called ‘youth guarantee schemes’ that are common now in many European countries. Simply speaking, unemployed young people, who have been registered with the public employment service for a certain period of time, usually four months, are to be offered one of four options: a job, continued education, training or apprenticeship,” explains Pouchkin, Senior Employment Specialist at the ILO Country Office for Eastern Europe and Central Asia. “The idea is to upgrade their skills or to give them an opportunity to prove their worth as professionals – and finally obtain permanent job offers from employers.”

Mikhno was offered a paid apprenticeship in a reputable research and project organization called NizhnevatovskNIPIneft. He grasped the opportunity and has become a regular staff member as a geodesist. He says the ILO’s apprenticeship programme has changed his life.

Romanova was offered an apprenticeship as a manager at Surgut Airport. It was not exactly the job she was looking for but she decided to accept it because she enjoys working with people - good experience for a future journalist. After the apprenticeship she found a job in public relations. Marina says it is thanks to the communication skills and confidence that she has acquired while working at the airport.

Alexey Varlakov, Director of the Labour and Employment Department of the Khanty-Mansy Autonomous Okrug-Yugra, is very satisfied with the results of the youth guarantee programme.

“The ILO Project involves local partnerships of public employment authorities, social partners, private enterprises and civil society organizations. The project includes targeted active labour market measures aimed at unemployed and vulnerable youth, such as youth guarantee programmes, wage subsidies, on-the-job training and youth entrepreneurship programmes,” says Olga Koulaeva, Director of the Decent Work Technical Support Team and Country Office for Eastern Europe and Central Asia. “We are proud that the International Labour Organization that will celebrate its Centenary in 2019 remains at the forefront of those who promote jobs for young people that enhance their opportunities to secure decent work.”