TASHKENT (ILO News) – On December 14, Shavkat Mirziyoev, President of Uzbekistan, had a meeting with the ILO Director-General at the Tashkent International Airport. 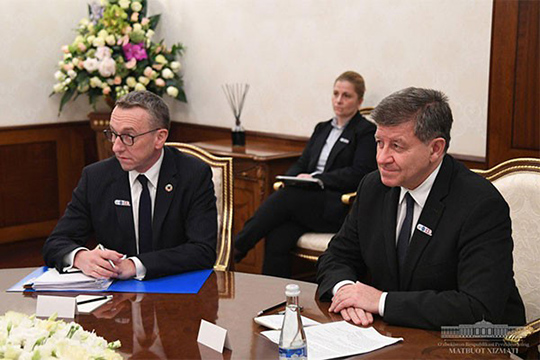 In his warm welcome to the guest, the head of state specifically pointed out Uzbekistan’s high appreciation of the fruitful cooperation with the International Labour Organization which has been promoting social justice and enforcement of workers’ rights worldwide throughout its centenary history.

Being a member of the International Labour Organization since 1992, Uzbekistan has so far ratified 14 ILO Conventions including eight fundamental ones. Since 2017 the country has been implementing the 2020 Decent Work Country Programme.

As part of this programme, activities are under way to improve the national labour law, enhance the public awareness of labour rights, implement feedback to foster the legal culture of the population and ensure prompt response to violations of the law in the area of industrial relations.

Earlier this year, an office of the ILO National Coordinator was opened up in Uzbekistan.

At the meeting, the parties underlined their willingness to continue a constructive dialogue and develop partnership relations between the ILO and Uzbekistan on all issues including in new areas.

Guy Ryder expressed his sincere gratitude to the head of state for a warm welcome and praised the social and economic policies pursued by Uzbekistan at a new stage of development.

The day before – on December 13 – a meeting with Ilhom Neymatov, Uzbekistan’s First Deputy Minister of Foreign Affairs, was held to discuss in detail promising areas of cooperation between Uzbekistan and the International Labour Organization, including national employment policy, social protection, occupational safety and health. 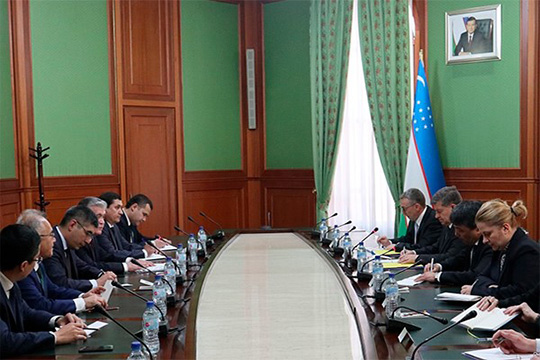 Guy Ryder specifically noted a considerable strengthening of cooperation between the ILO and Uzbekistan over the last two years which has evolved into real partnership.

As was underlined, the Uzbek party attributed primary importance to the fact that the ILO was supporting the process of reform in the country and taking part in a number of joint projects to address social issues. 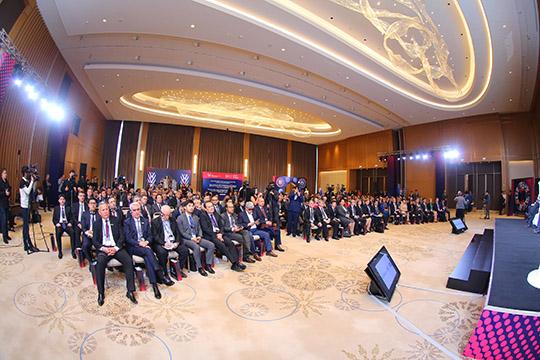 The ILO Director-General also attended the conference “The Future of Work: Initiatives to Promote Decent Work on the Eve of the ILO Centenary” which took place in Tashkent. In his address to the conference participants, Guy Ryder underlined that “the new world of work that is emerging will require new models, rules and standards to ensure that innovation, both technological and purely innovative, is compatible with and promotes rights, jobs, social protection – in short decent work for all and social justice”. 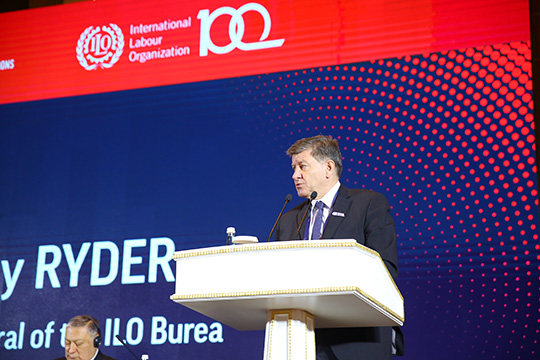 “The meaning of my visit to Tashkent today is that we stand ready to continue working with you, our Uzbek tripartite Constituents, and all involved stakeholders to help the country in its ambitious reform process”, the ILO Director-General pointed out. 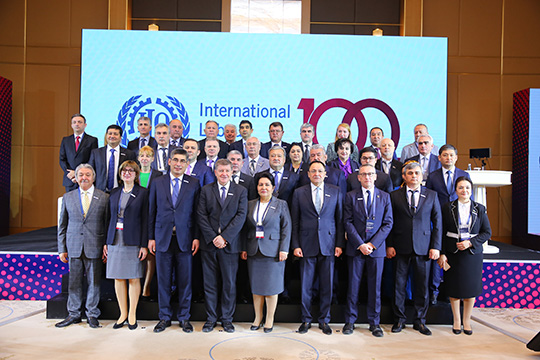