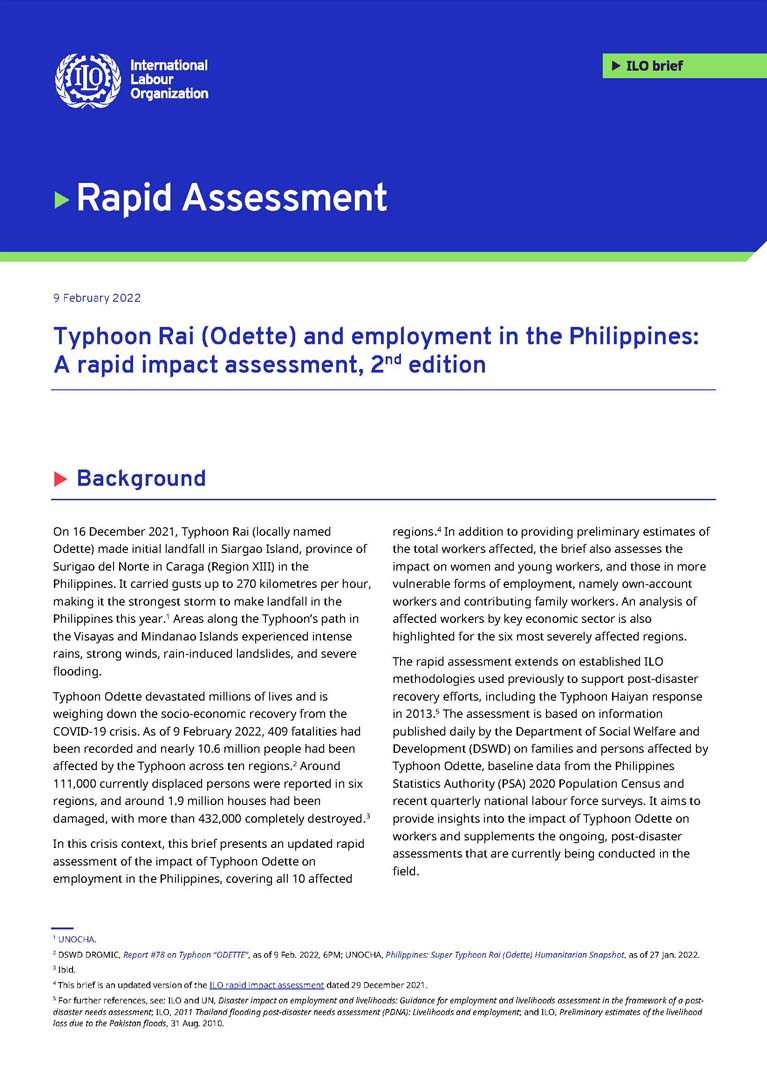 Download:
The second edition of the ILO’s rapid assessment on the impact of Super Typhoon Rai (Odette) across ten regions in the Philippines aims to provide insights into the impact of the typhoon on workers and supplements the ongoing, post-disaster assessments that are currently being conducted in the field.

It presents an update and assesses the impact on women and young workers, and those in more vulnerable forms of employment, namely own-account workers and contributing family workers. An analysis of affected workers by key economic sector is also highlighted for the six most severely affected regions.

As of 9 February 2022, almost 4.4 million workers are estimated to have been directly impacted by Typhoon Odette across ten regions. Region VI (Western Visayas) and Region VII (Central Visayas) account respectively for 1.1 million and 1.9 million affected workers. Other prominent regions include Region VIII (Eastern Visayas) and Region XIII (Caraga), where the estimated number of affected workers correspondingly total 481,000 and 615,000.

The rapid assessment extends on established ILO methodologies used previously to support post-disaster recovery efforts, including the Super Typhoon Haiyan response in 2013. The assessment is based on information published daily by the Department of Social Welfare and Development (DSWD) on families and persons affected by Typhoon Odette, baseline data from the Philippines Statistics Authority (PSA) 2020 Population Census and recent quarterly national labour force surveys.