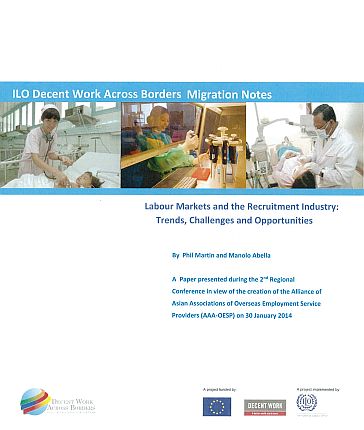 Download:
The global labour market is undergoing three major changes, including: (a) shrinking and aging workforces in the 30 richer countries that account for a sixth of the world’s workers and two-thirds of global economic output; (b) rapid labour force growth in many of the 170 developing countries, where youth bulges and workers leaving agriculture strain the capacity of urban labor markets to create sufficient decent jobs; and (c) more complex international labour migration patterns as more workers move from one developing or industrial country to another and from developing to industrial countries.