Overview of the child labour situation in Ethiopia

Child labour is a pervasive problem in Ethiopia. A national Child Labour Survey conducted in 2001 with ILO assistance indicated that 52 per cent of children aged 5 – 17 years were economically active (49 per cent of those aged 5 – 14 years, or 7.4 million). A further 33 per cent were engaged in non-economic housekeeping activities, with half of them not attending school. Overall, 85 per cent of children aged 5 – 17 years were involved in economic or housekeeping activities that prevented or impeded school attendance or performance.

The need for labour assistance of children in family business, and the desire to supplement household income are the two most important reasons that drive children to work. Thus, a significant proportion of children in urban areas work to assist themselves and to get work experience. On the other hand, the majority (89 per cent) of children living in rural areas and engaged in productive activities were working in elementary agricultural and related activities, such as herding cattle and helping adults in farming. In urban areas, 52 per cent of the children were engaged in elementary occupations, like street-vending, shoe-shining, messenger services, construction, manufacturing and transport activity. The remaining 48 per cent were working as service, shop and market sales workers (26 per cent), craft and related trade workers (19 per cent), and other occupations.

Most of the children work long hours and in harsh and exploitative conditions. Although precise and reliable data are lacking, large numbers of children are thought to be engaged in the worst forms of child labour, including child prostitution and exploitative domestic work, many of them being victims of internal trafficking. 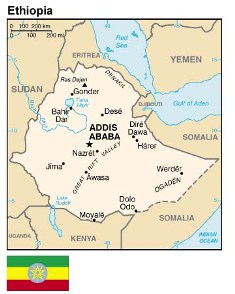