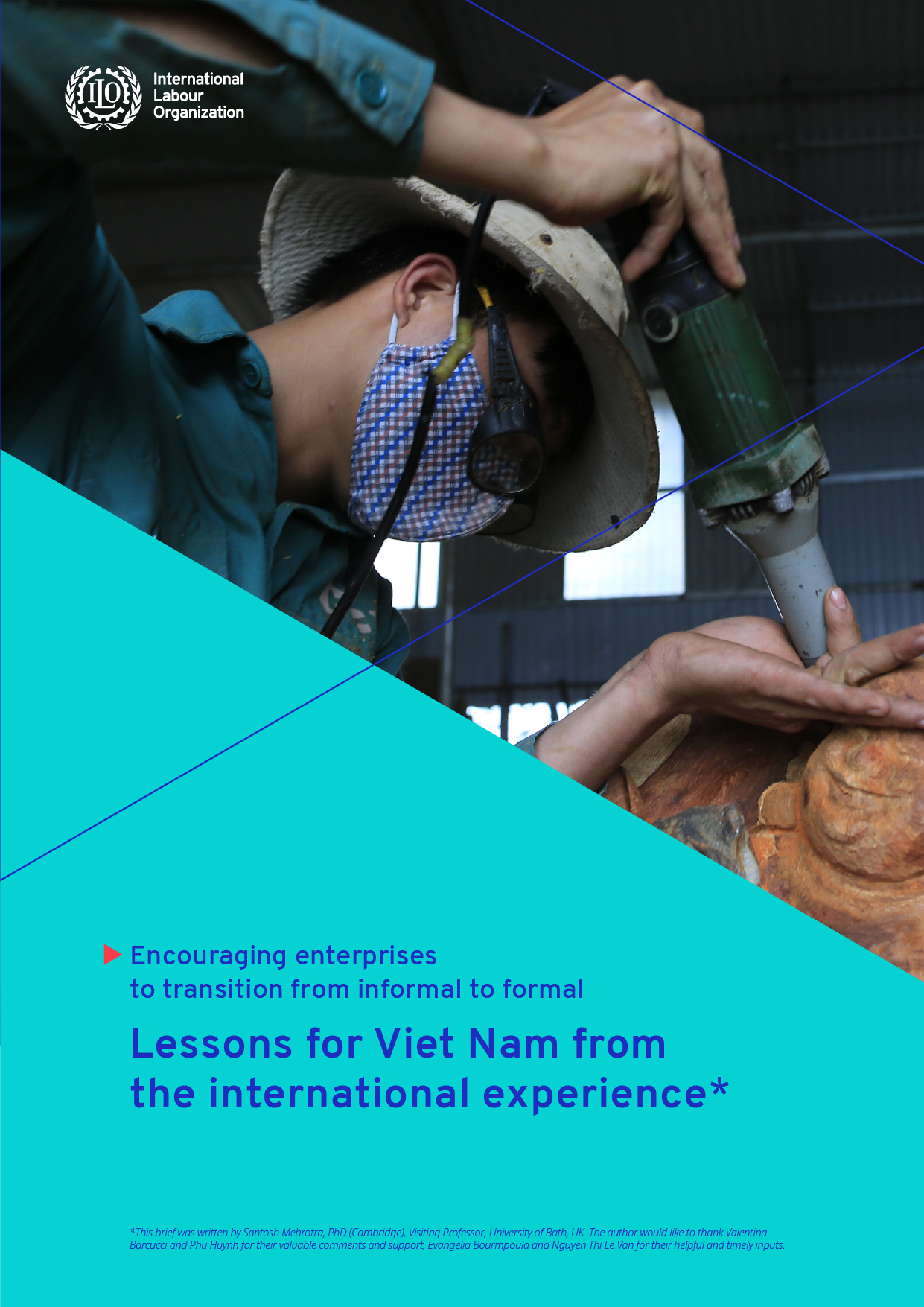 Download:
Asia has the second highest regional level (68.6 per cent) of informal employment (agricultural and non-agricultural) in the world, after Africa (85.8 per cent), though only marginally higher than the Arab States (68.6 per cent). In Asia, as in every other region of the world, of the three domains where informal workers are to be found (i.e. in the informal or formal economy, or in households), the largest proportion is employed in the informal economy. This Note discusses in brief the good practices learnt from international experience in Asia as regards the transition to formality, which should be of interest to policymakers in Viet Nam.