The ILO, through the REFRAME project (Global Action to Improve the Recruitment Framework of Labour Migration), supports the creation and strengthening of the domestic workers' organization SENAMAMA. On 29 November 2020, the organization held a meeting to promote its development and elect the members of the board of SENAMAMA in Antsirabe.

During this event, the leaders of the national branch of SENAMAMA in Tananarivo, Fianarantsoa, Antsirabe as well as the Autonomous Trade Unions of Madagascar (Union des Syndicats Autonomes de Madagascar - USAM) representative were introduced to the 79 local domestic workers present, including former migrant domestic workers. Following the presentation and promotion of the work of the organization, the election of the members of the Antsirabe branch took place. In this context, Mrs. Michèle Ange RAHARISOA was appointed president of the Antsirabe regional office and the following persons were designated as members of the board: Sophie Annick RAHERIMANANA, Michèle Anne VOHIRANTSOA, Nadine RAVOLOLONIHANTA as well as Crimond RAZAFINDRABE.

SENAMAMA was created in July 2019 during a capacity-building workshop in Antananarivo, and established and registered as a trade union in Madagascar on 4 September 2019. The organization of domestic workers was initiated in 2016 at an ILO interregional meeting which helped bring to light the particularly challenging situation faced by these workers. IDWF and the ILO supported the establishment and strengthening of SENAMAMA and is currently supporting the implementation of the union’s action plan which includes recruitment drives, awareness raising sessions and capacity-building workshops, as well as the organisation of a congress to officially adopt the constitution and the union’s leaders.  SENAMAMA interim union leaders have also participated in the national dialogue supporting the review of existing legislation to ensure its alignment with the Conventions ratified in July 2019, including the Domestic Workers Convention No. 189. The union currently counts more than 1450 members, which includes more than 1000 in Fianarantsoa, 350 in the capital Antananarivo and more than 100 in Antsirabe. 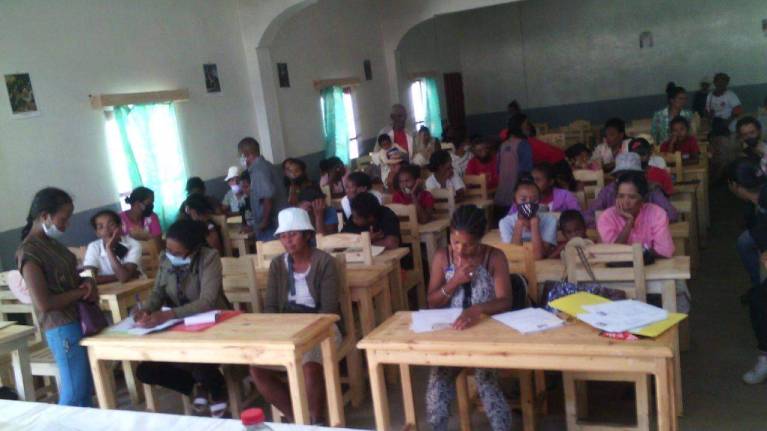