According to estimates, 30 per cent of people living with HIV in Ukraine don’t know their HIV positive status. HIV testing is free and available in AIDS centres, and in many primary medical healthcare centres, as a result of the current health care reform.
The ILO is implementing VCT@WORK since December 2014, which started in the Cherkassy region, in collaboration with the regional Federation of Trade Unions, the employers’ organization and the local authorities.
In 2015, women and men workers from six pilot workplaces were tested, those who tested positive were referred to the AIDS Centre. This was the first such effort in Ukraine. While HIV testing campaigns are implemented among groups of people most at risk, and among the general population in public places, but for workplaces it was not yet a practice.
After this successful regional approach, the ILO extended the VCT@WORK in the maritime sector, in partnership with the trade unions in 2017.


Salient features of the strategy:

The ILO’s advocacy campaign was based on ILO’s Recommendation n°200 and report on “The impact of HIV and AIDS on the world of work: Global Estimates”. Encouraging women and men workers to undergo VCT for HIV was complementary to Ukraine’s efforts to stop HIV in the general population and help achieve UNAIDS 90-90-90 targets. Over the last couple of years these efforts focused on the maritime sector. The most representative maritime sector trade union, the Maritime Transport Workers’ Trade Union of Ukraine (representing more than 80,000 women and men workers - of which 45,000 are seafarers) requested ILO’s assistance to address HIV at work and the ILO responded to this request.

This assistance included awareness-raising, capacity-building, advocacy and organization of VCT events. The peculiarity of ILO’s approach was to pool complementary resources. The union procured some HIV rapid tests and ILO engaged a trained and authorized provider to offer HIV testing services to workers. In 2018, the ILO offered training to the union workers and its affiliates in Odessa and developed a VCT@WORK poster campaign. In 2019, the ILO expanded the programme with support from UNAIDS. 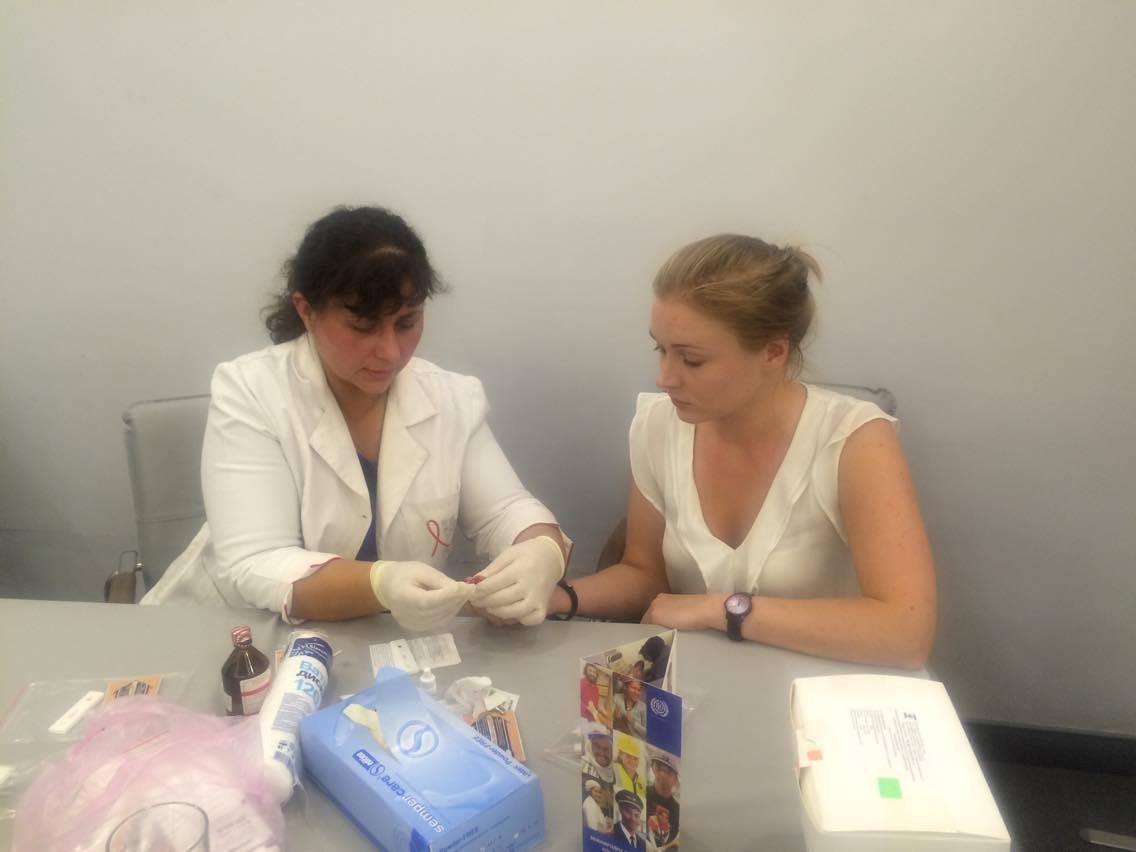