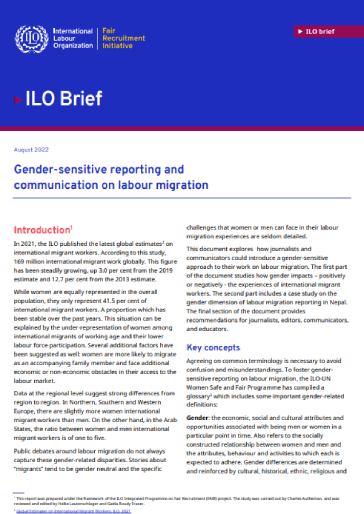 Public debates around labour migration do not always capture these gender-related disparities. Stories about “migrants” tend to be gender neutral and the specific challenges that women or men can face in their labour migration experiences are seldom detailed.
This document explores how journalists and communicators could introduce a gender-sensitive approach to their work on labour migration. The first part of the document studies how gender impacts – positively or negatively - the experiences of international migrant workers. The second part includes a case study on the gender dimension of labour migration reporting in Nepal. The final section of the document provides recommendations for journalists, editors, communicators, and educators.