Globally, women on average, are paid about 20 per cent less than men. While individual characteristics such as education, working time, occupational segregation, skills, or experience explain part of the gender pay gap, a large part is due to discrimination based on one’s gender or sex. In addition, women have been among the worst affected by the COVID-19 pandemic, including in terms of their income security, representation in sectors hardest hit, and gendered division of family responsibilities. All of these have led to a negative impact on women’s employment, threatening to reverse decades of progress made towards gender equality. Taking action to address these setbacks on gender equality as countries emerge from the pandemic is not only relevant and timely but also critical for an inclusive, sustainable, and resilient recovery.

As such, the importance of closing gender pay gaps is now more than ever recognized by governments, employers’, and workers’ organizations.  Over the past few years, more and more governments are proposing to address the gender pay gap through transparency and information sharing. Recent research, albeit limited, has shown that pay transparency measures, depending on how they are put in place, can serve as an effective tool in identifying existing pay differences between men and women, and as such can be vehicles to address the gender pay gap and reduce broader gender inequalities in the labour market.

International Equal Pay Day is celebrated on 18 September. In 2022, the Equal Pay International Coalition (EPIC) would like to use this occasion to highlight some of the pay transparency measures being implemented in different parts of the world, including various tools and responses to key questions. Leaders from different countries, as well as representatives of employers’ and workers’ organizations will come together to discuss the pros and cons of some of the pay transparency measures currently in place, its potential and actual effectiveness on reducing the gender pay gap, and consequently, broader gender inequalities in the labour market.

Languages available during the virtual event: English, French, and Spanish with simultaneous interpretation including Sign Language. 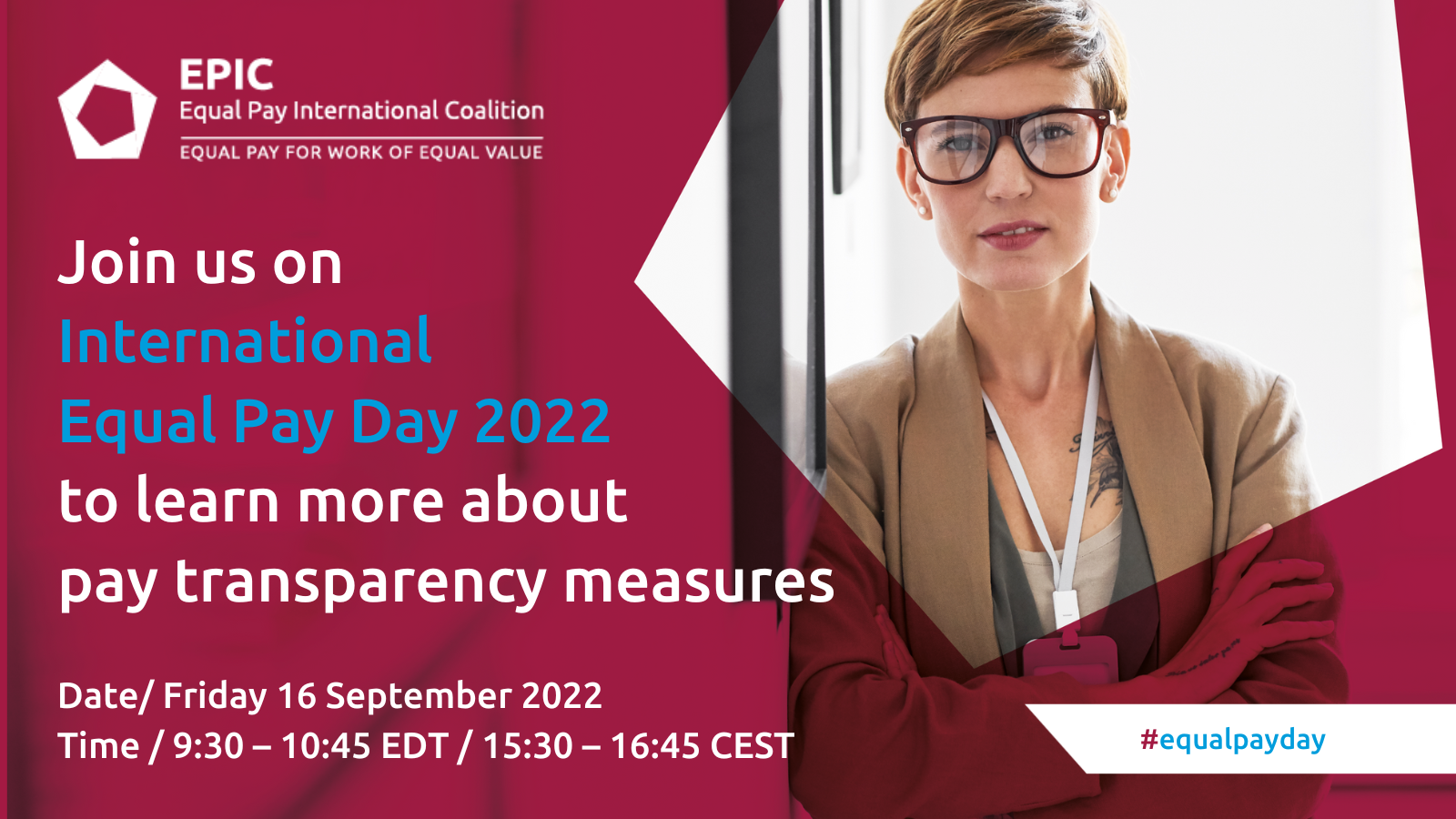