The project aims to enhance employment and livelihood opportunities for Palestinian women and men by activating a supportive institutional, regulatory and promotional environment for autonomous and economically self-reliant cooperatives.

The project will provide support to the Cooperative Work Agency (CWA) and its subsidiary bodies, the Cooperative Development Institute (CDI) and the Cooperative Development Fund (CDF) to fulfil both regulatory and promotional functions, thereby creating a conducive eco-system that will allow cooperatives to emerge and to flourish while preserving their independence and autonomy. The CWA, established as per Article (4) in the Cooperative Law of 2017, is the new regulatory and promotional body for Palestinian cooperatives in oPt. In addition, the project will provide technical support to the newly founded General Cooperative Union and its five sectorial unions, especially in the areas of planning, training, legal questions. The project will also support the exchange of expertise and knowledge with international partners.

The intermediate objectives for the project are:

The project is fully aligned with the Ministry of Labour’s Cooperative Sector Strategy 2017-2022 and its strategic goals, which is part of the National Strategy Framework for the Labour Sector and the National Policy Agenda for the Palestinian Government.

The ILO has been assisting the Palestinian General Directorate of Cooperatives in the Ministry of Labour to revitalize cooperatives in oPt, since 2008. It has been supporting the preparation of a more conducive policy and legal framework for cooperatives through the design of a National Cooperative Strategy for Cooperatives, the drafting of a new unified cooperative legislation, the design and implementation of various assessments, and the delivery of capacity building activities.

In 2010, with support from the ILO, a new draft legislation was developed by the Ministry of Labour, in line with the principles of ILO Promotion of Cooperatives Recommendation, 2002 (No. 193). The draft law unified the two existing cooperative laws in the West Bank and Gaza under a single national legal framework. It also called for the establishment of a semi-autonomous cooperative development administration that sits outside of the government bureaucracy.

In July 2010, the Council of Ministers endorsed the new law and forwarded it to the Palestinian President’s Office for approval. After seven years, in November 2017, the President has signed the Cooperative Law that is only a slightly revised version of the 2010 draft law. Upon the adoption of the Cooperative law, the Ministry of Labour General Directorate of Cooperatives requested the ILO’s support in providing a detailed road map and proposal for the establishment of the CWA.

In 2018, the ILO conducted an institutional assessment for the CWA with an actionable strategy for its establishment and operations, in addition to an analytical report on the promulgated provisions of the cooperative law. These studies have formed the groundwork for ILO’s interventions on cooperatives, particularly towards achieving “Decent Work for Palestinian women and men through the promotion and strengthening of autonomous and economically self-reliant cooperatives”, as the overarching development objective of the new project. 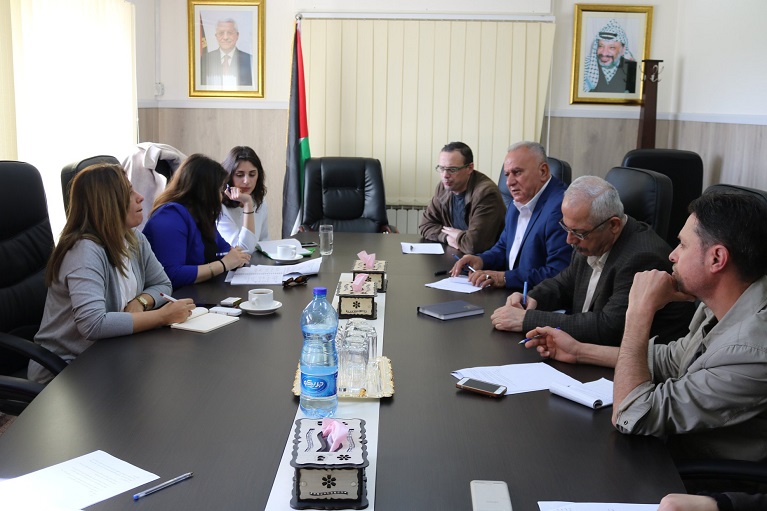