When delivering the instruments of ratification, Mr Kris Peeters, Deputy Prime Minister and Minister of Employment, the Economy and Consumers said: “In depositing these three instruments, Belgium is confirming once again its commitment to the international and tripartite dimension of labour legislation. Our ratification of Convention No. 128 places emphasis on the importance of a level of social protection that allows a transition to a sustainable economy, as rightly emphasized in the report of the Director-General. The ratification of Convention No. 170 on chemicals in the workplace is of particular importance to me in view of our desire also at the European level to provide greater protection to workers against carcinogenic and reprotoxic substances. Finally, Convention No. 172 will guide us in our efforts to find a good balance between the specific requirements of hotels and restaurants and decent conditions for those working in the sector.”

Convention No. 128 has the objective of improving the protection provided by the Social Security (Minimum Standards) Convention, 1952 (No. 102), in relation to invalidity, old-age and survivors’ benefits through the requirement to cover either all employees, including apprentices, a minimum of 75 per cent of the economically active population or all residents whose means do not exceed the prescribed limits, and to raise the required minimum replacement rates for the contingencies covered.

Convention No. 170 provides for a complete national framework for the safe use of chemicals at work, including the formulation, implementation and periodic review of a coherent national policy. The Convention also sets out the responsibility of employers, the duties and rights of workers at the enterprise level, the specific responsibilities of suppliers and exporting countries, and the need for consultation with the social partners on the measures to be taken to give effect to the Convention.

Convention No. 172 is intended to ensure that workers engaged in hotels, restaurants and similar establishments enjoy a status that corresponds to their role in such establishments and to attract new workers by improving working conditions, training and career prospects, taking into account the particular conditions that are characteristic of the sector. In this regard, any Member that ratifies the Convention undertakes to adopt and apply a policy designed to improve working conditions so as to ensure that the workers concerned are not excluded from the scope of any minimum standards adopted at the national level for workers in general, including those relating to social security. 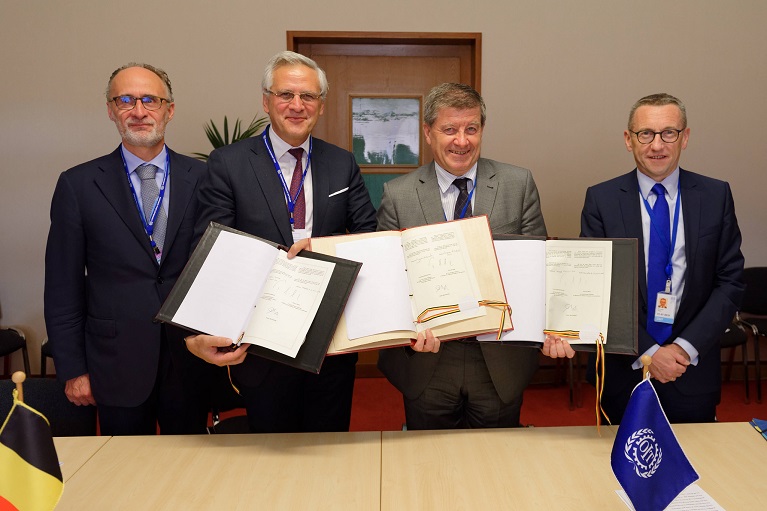