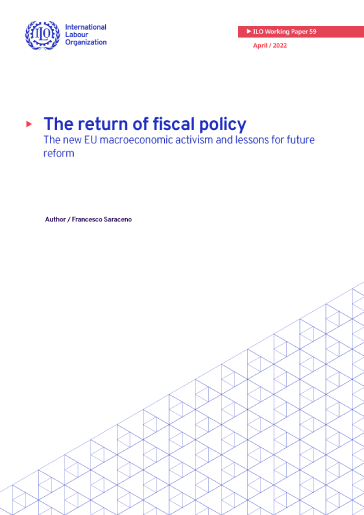 Read online The return of fiscal policy
Download:
This paper looks at the macroeconomic policy response to the Covid-19 crisis in the European Union (EU) and the prospects for long-term recovery under the Next Generation EU (NGEU) plan. It argues that, un­like what happened following the sovereign debt crisis of 2011-2012, the EU’s strong and prompt response to the pandemic took more into account the lessons from the rethinking of macroeconomic theory which started after the Global Financial Crisis, including as it concerns the use of monetary and fiscal policy as macroeconomic and employment stabilizers, the impact of public investments and industrial policy on long term economic growth, and the role of labour market policies and the welfare state. It concludes reviewing the implications for the current debate on the reform of EU economic governance.