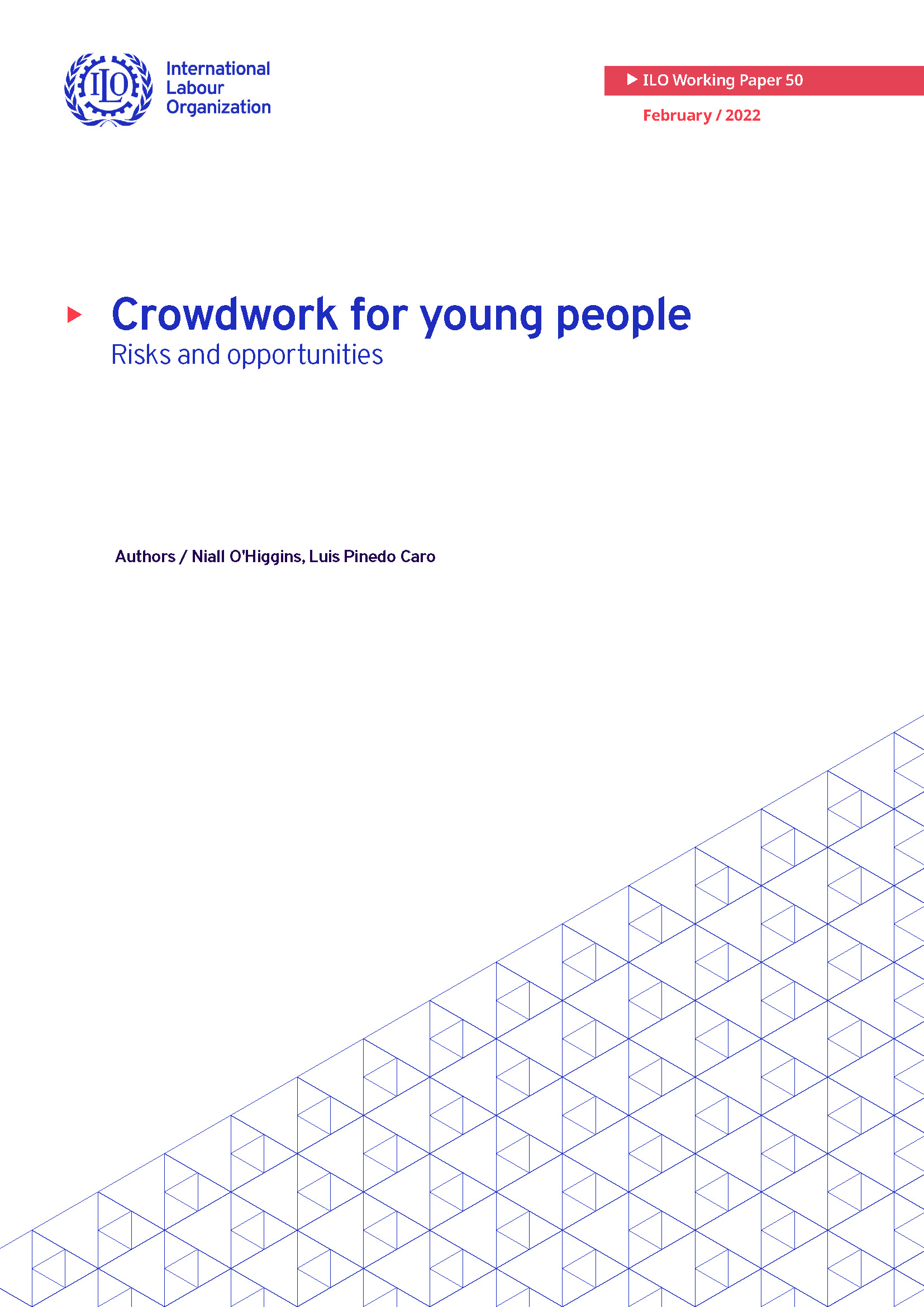 Read online Crowdwork for young people: Risks and opportunities
Download:
In recent years, crowdworking has emerged as a small but rapidly growing source of employment and income principally for young(er) people. This paper analyses the determinants of crowdworkers’ earnings focussing on why young crowdworkers earn significantly higher hourly wages than their older counterparts. The paper demonstrates that this is due to the higher returns to experience accruing to younger crowd-workers. Educational attainment does not explain this age-based differential, as education is a negligible factor in determining crowdworkers’ earnings. The reasons why young women earn around 20% less than their male counterparts despite blind hiring is also analysed. This is explained, in part, by constraints on working time faced by women with children. The analysis also shows that ‘freely chosen’ crowd work - as opposed to, young people crowd-working because of a lack of alternative employment opportunities - is conducive to higher levels of job satisfaction. Moreover, young crowdworkers in middle income countries earn less than their counterparts in high income countries but report higher levels of job satisfaction. This is entirely attributable to the lower quality of their options outside of crowdwork.