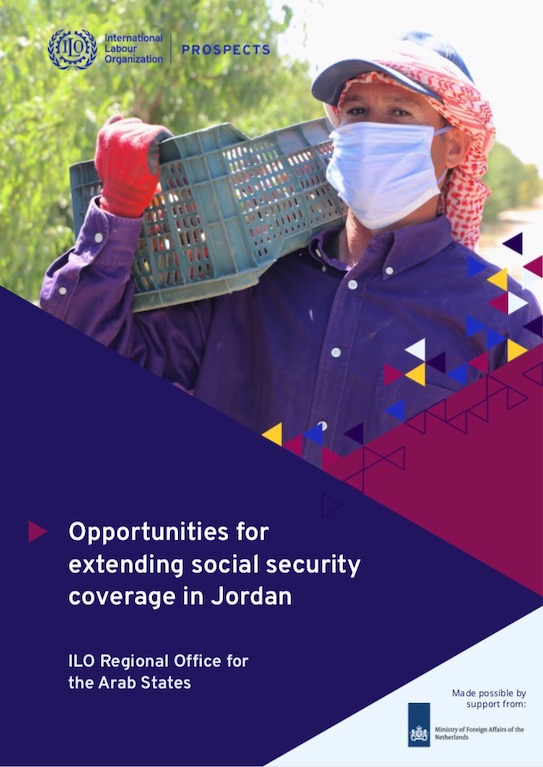 Download:
The Jordanian government has been working to expand social security coverage of its workforce. In the context of the National Social Protection Strategy, the Cabinet has committed to developing an action plan to reduce informal employment (including employment relationships that are not subject to national labour legislation, not covered by social security or for which there is no contract), and the Social Security Corporation has committed to operationalizing mechanisms to expand social security coverage. Already, the Social Security Corporation has expanded registration to approximately 15,000 workers through its COVID response.  Successful achievement of its goal, fiscally and politically, will require tailoring policy actions to the unique characteristics of the Jordanian situation, which is distinct in many ways from the global norm. Globally, lack of social security coverage is associated with self-employment and daily wage labour, and this often impacts rural residents and women disproportionately. In Jordan, however, most of the workers lacking coverage are employees in long-term employment arrangements, most are urban, and most are male – characteristics that reflect Jordan’s economy as a whole.

Well-designed social protection systems, including floors, support sustainable incomes, consumption, human capital and productivity. Sustainable Development Goal (SDG) 1.3 recognizes the direct link between increased coverage and poverty reduction. Social Security (Minimum Standards) Convention 102 sets out minimum standards for social security agreed between representatives of the world’s governments, employers and workers. The ILO’s normative framework was recently complemented by the Social Protection Floors Recommendation 202, which provided guidance as to how to pursue the universal extension of coverage, through the establishment of national social protection floors for persons in need. Recommendation 204 on the Transition from the Informal to the Formal Economy places the extension of social security as the core component of integrated policy frameworks to facilitate transition. Policy and administrative reforms that extend access to social protection among workers falling outside social insurance and social assistance programmes can help move Jordan closer to universal social protection coverage.