The informal sector in Uganda contributes to more than 50 per cent of the economy and is responsible for more than 80 per cent of employment. Most of the informal businesses seem to offer income and survival means to people who are most vulnerable to poverty, including women. For the refugee population, the labour force participation rates are lower than for the general population. The unemployment rate is estimated at 72 per cent, and those among the target group finding a job are more likely to be in casual employment in the agricultural sector. Moreover, refugees residing in Uganda are, when in employment, generally engaged in occupations that provide little income without social protection and job security. Among wage workers, refugees earn wages that are 35 to 45 per cent lower compared with host community members.

These dynamics mirror global statistics on informality, according to which six out of ten workers and eight out of ten economic units are considered informal. In many cases, the impact of the COVID-19 pandemic exacerbated consequences in terms of job and income losses in the informal economy, usually without adequate income replacement solutions. Within this context, the report “Diagnosis on informality in targeted intervention areas of the PROSPECTS programme in Uganda” intends to assess drivers of informality in refugee settlements and host communities in Nakivale in the southwestern part of the country and Rhino Camp in West Nile to identify opportunities for improving working conditions and reducing informality among these target groups.

On 8 July 2021, a draft version of the report was discussed in a multi-stakeholder validation workshop. Along with the participants who had commented on and reviewed the draft report, representatives from the Ugandan Ministry of Gender, Labour & Social Development, Isingiro District Local Government, the Ugandan Federation of Small and Medium-sized Enterprises (FSME) and UNHCR joined an expert panel on key thematic areas to support the transition to formality in forced displacement contexts.

Mr Stephen Kasaija, Head of the Programme Management Unit of the Expanding Social Protection Programme, emphasized that there remains limited access to contributory social security for workers in the informal economy. Neither does the legal framework provide sufficient benefits and incentives. The social security strategy currently in development is an important instrument to extend coverage and to facilitate formalization of the informal economy. In her contribution, Ms Lilian Otiego, Senior Development Officer of the Resilience and Solutions Unit at UNHCR Uganda, illustrated the challenges that refugees face with regard to accessing formal employment. The lack of knowledge and awareness about rights, obligations and regulatory procedures, the inadequate access to infrastructure and social services, as well as the limited knowledge of the locally spoken languages, hamper processes of job and enterprise formalization for refugees. Practical issues such as the inability to obtain work permits owing to missing documents are also important to consider. Mr John Walugembe, Executive Director of FSME Uganda, proposed a variety of activities that can help to raise awareness about benefits and incentives to formalize economic units. Among others, he suggested to pilot-test an integrated support package that includes financial and non-financial business development services as well as access to public procurement for small-scale business owners. The expert panel was completed by Mr Aloysius Gumisiriza who serves as Assistant Chief Administrative Officer in Isingiro District Local Government. He emphasized the benefits of formalization while acknowledging the need for a comprehensive response which includes, for instance, capacity-building, facilitation of social dialogue processes and strengthening of public-private partnership arrangements with respect to forced displacement contexts.

The event was concluded with supporting statements from representatives of the tripartite constituents in Uganda. After the validation workshop, the International Labour Organization will organize a sequence of technical meetings that will serve as a platform to engage in a more detailed discussion on the subjects that the report addresses and to exchange and identify suitable ways forward to operationalize and implement some of the proposed recommendations. 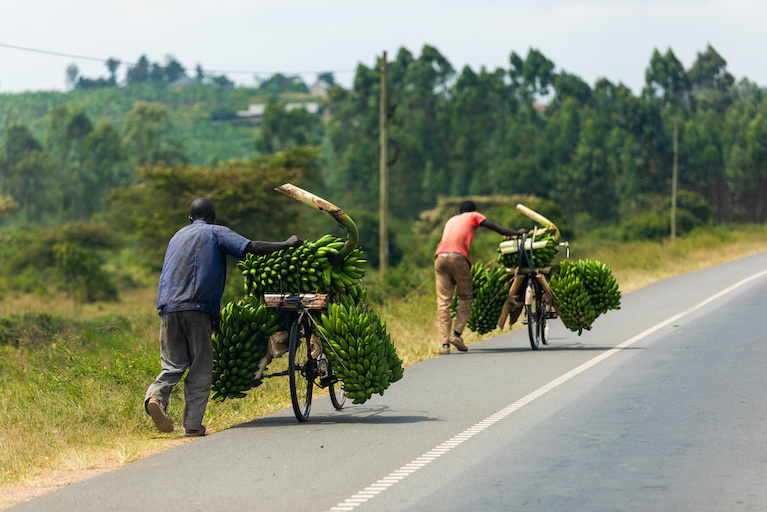