This story was written by the ILO Newsroom For official ILO statements and speeches, please visit our “Statements and Speeches” section.
NEW YORK (ILO News) – The International Labour Organization (ILO) and the Government of the Netherlands have announced plans to work together to help eliminate child labour in Africa, with a particular focus on global supply chains.

The Dutch Minister for Foreign Trade and Development, Sigrid Kaag, and ILO Director-General, Guy Ryder, signed a letter of intent at a meeting held during the UN General Assembly in New York.

“I very much welcome this new partnership with the Netherlands. By stepping up the fight against child labour in Africa we can make a significant contribution to the global objective to end all forms of child labour by 2025,” Ryder said, adding that, "the Netherlands is one of the most committed supporters of fundamental principles and rights at work.”


We are delighted to further strengthen the longstanding partnership with the ILO in our joint combat against child labour."

Kaag also stressed the importance of the collaboration. “We are delighted to further strengthen the longstanding partnership with the ILO in our joint combat against child labour. Education is the right of every child,” she said.

There are estimated to be 72 million children in child labour in Africa.

The new, four-year partnership focuses on global supply chains in agriculture – where the greatest incidence of child labour is found – and mining, one of the most hazardous working environments.

The programme will use innovative approaches to identify and address child labour in selected supply chains and strengthen cooperation between African governments, businesses and civil society organizations. It is also expected to generate data on child labour, improve regulatory frameworks and enforcement mechanisms, and empower workers, farmers and communities involved in supply chains so that they can help prevent child labour.

The work will also bring additional, long-term benefits to the region by promoting partnerships and knowledge sharing. 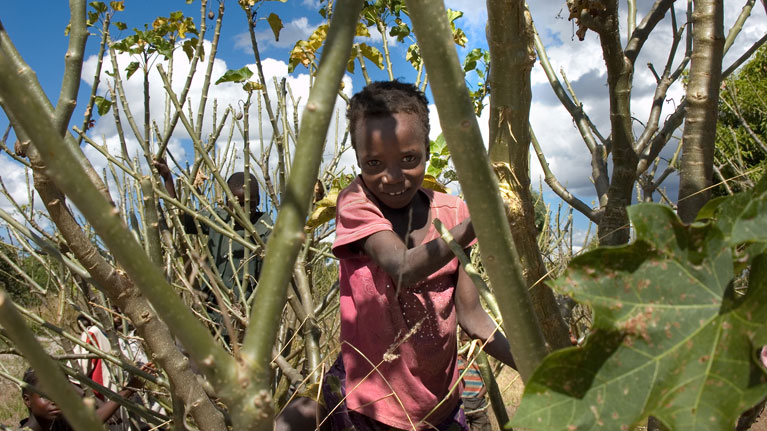