This story was written by the ILO Newsroom For official ILO statements and speeches, please visit our “Statements and Speeches” section.
NEW DELHI (ILO News) – ILO Director-General, Guy Ryder, has welcomed the joint Declaration issued by the BRICS’s Labour and Employment Ministers at the end of their second summit in New Delhi.

Addressing participants at the second day of the meeting, the head of the ILO particularly welcomed the commitments made in areas such as employment generation, formalization of labour markets and social protection.

“All three are key pillars for rebounding from the current economic slowdown, for promoting inclusive growth and development, and for achieving the 2030 Agenda,” he said.

He particularly supported the part of the Declaration referring to the “imperative” necessity to address labour, employment and social issues for fostering strong, sustainable and inclusive growth.

In this context, the ILO Director-General insisted on the value of collective solutions in the present context of slow growth.

He underlined that – with the BRICS countries’ labour force representing 45 per cent of the world total – these solutions could potentially have significant positive effects for the world economy as a whole.

Ryder also noted that BRICS countries had a successful track record of innovative policies to generate employment and reduce poverty. He particularly referred to employment guarantee schemes, the extension of social protection schemes, including cash transfer systems, as well as good practices in reducing informality and creating sustainable pathways for transition to formality.

The ILO Director-General also highlighted the part of the Declaration addressing technological and structural change. He praised the decision made to establish a network of lead labour research and training institutions in BRICS member states and pledged the support of the ILO for this project.

Ryder also drew attention to the Future of Work Centenary Initiative that the ILO has adopted among its centenary priorities over the coming three years: “I hope BRICS countries can make an essential contribution across and because of their diversity of situations and experiences,” he concluded.

Speaking during the opening session, ILO Deputy Director-General, Gilbert Houngbo, had underlined the challenge faced by BRICS countries to maintain the momentum for policy innovation in a tougher economic environment. 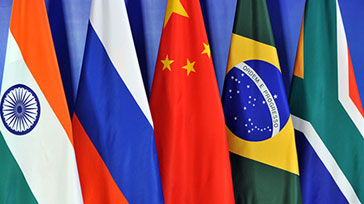