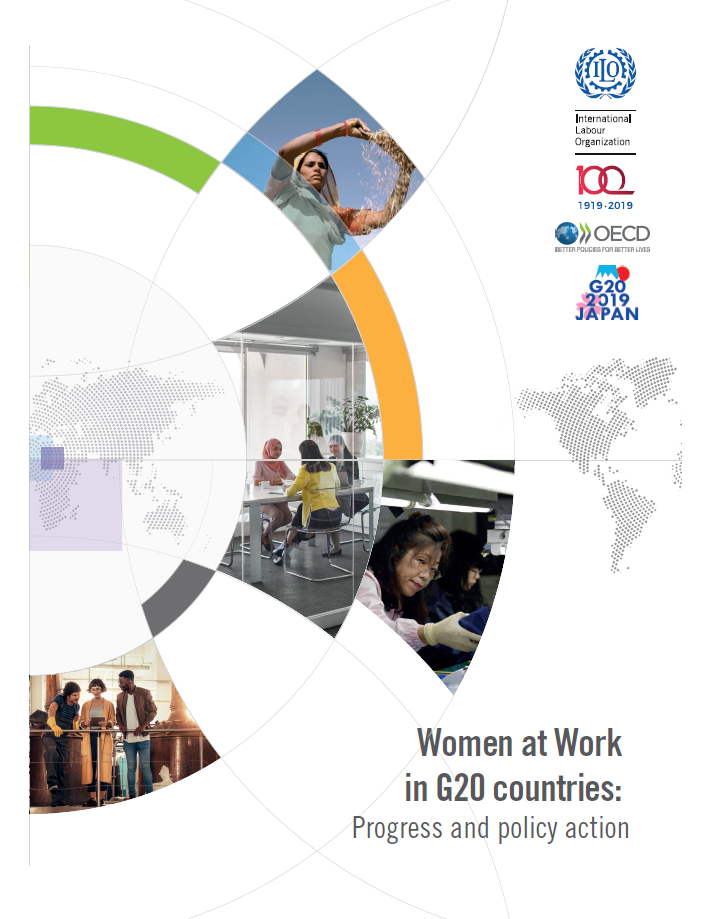 Download:
At the 2014 Summit in Brisbane, G20 leaders committed to reduce the gender gap in labour force participation by 25 per cent by the year 2025 compared to 2012 (the 25x25 goal). G20 Ministers of Labour further agreed on a set of key principles to improve the quality of women’s employment. At the request of the Japanese Presidency of the G20, the ILO and the OECD have prepared this paper to assess progress in reducing gender gaps in the labour market and recent policy development as reported by G20 countries using the template agreed upon during the Turkish presidency in 2015.
This paper is intended to inform G20 Leaders regarding the status of gender equality indicators in their countries, in the context of the Brisbane goal. It is also intended to promote greater gender equality by pointing to the key challenges for closing gender gaps in the labour market and identifying promising policy measures that can accelerate efforts towards the achievement of the Brisbane goal and commitments.