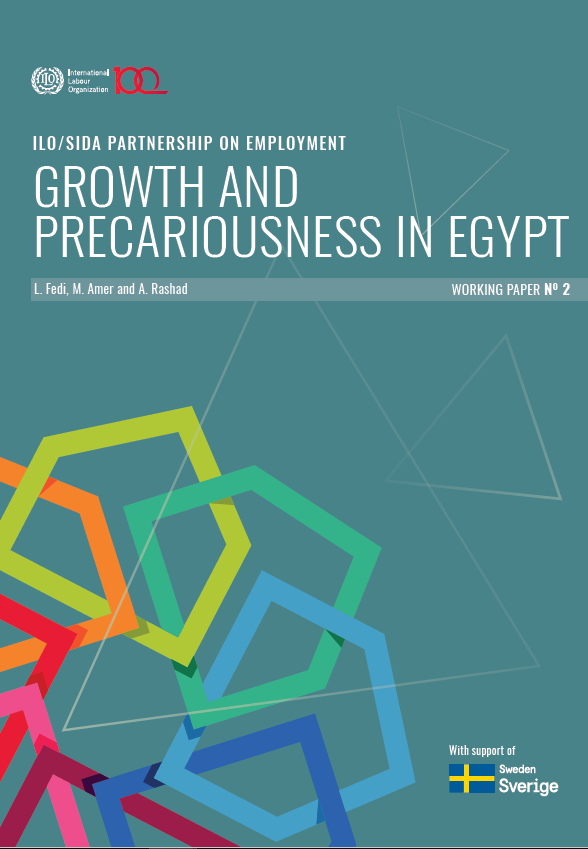 Download:
A statistical definition of precarious work following the broad definition of Rodgers (1989) is introduced and applied to labour force data for the 2007-2017 period. The study finds a 30% rise in precarious work in just three years between 2015 and 2017. Two-thirds of employed Egyptians were found to work precarious jobs in 2017. The study also finds that precariousness has deepened for the worst off: precarious conditions of work accumulated among those that matched at least one such condition. The degradation of working conditions happened as unemployment was decreasing: “improving” unemployment rates are not synonymous with an improving labour market. In Egypt precariousness is also more informative than unemployment to account for economic participation and educational choices. It provides important insights on gendered labour market dynamics. The degradation of working conditions is forcing women, particularly middle class, educated women, out of the labour market. The erosion of job quality has not occurred during the economic slump, post-revolution, but as the economy was bouncing back, growing at 4-5% annually. The labour market cost of the economic reforms conducted in the second part of the decade, particularly the freezing of public sector hires, has not translated in unemployment but in lower reservation working conditions. The virtuous cycle of structural transformation that is lifting subsistence rural workers in many countries into increasingly productive, higher income and protected jobs in industry and services, is not happening in Egypt. In essence the labour force is shifting from low-productivity, precarious rural work to low-productivity, precarious urban jobs (in construction and trading). There are no signs as of yet the current economic reforms programme is contributing to kick start this virtuous cycle.