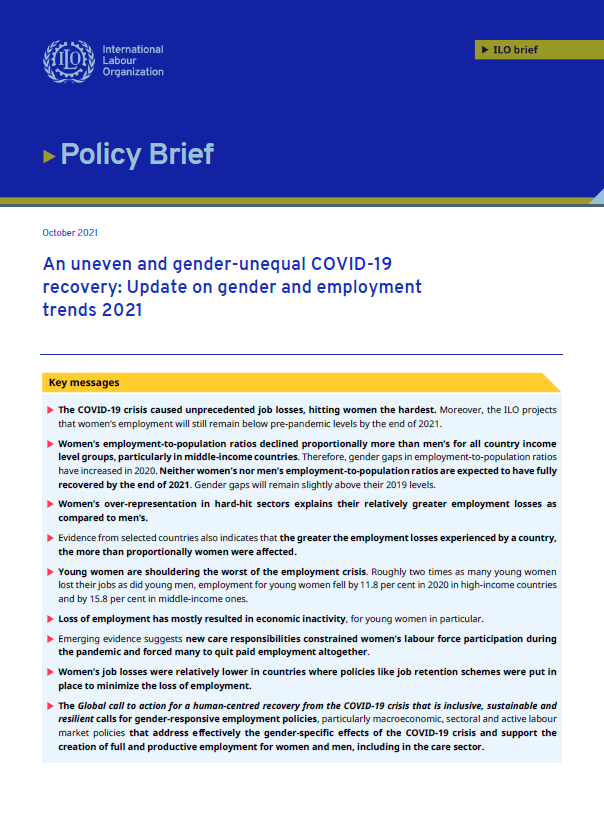 Evidence from selected countries also indicates that the greater the employment losses experienced by a country, the more than proportionally women were affected. Women’s job losses were relatively lower in countries where policies like job retention schemes were put in place to minimize the loss of employment.

Young women are shouldering the worst of the employment crisis, as roughly two times as many young women lost their jobs as did young men.

The ''Global call to action for a human-centred recovery from the COVID-19 crisis that is inclusive, sustainable and resilient'' calls for gender-responsive employment policies, particularly macroeconomic, sectoral and active labour market policies that address effectively the gender-specific effects of the COVID-19 crisis and support the creation of full and productive employment for women and men, including in the care sector.