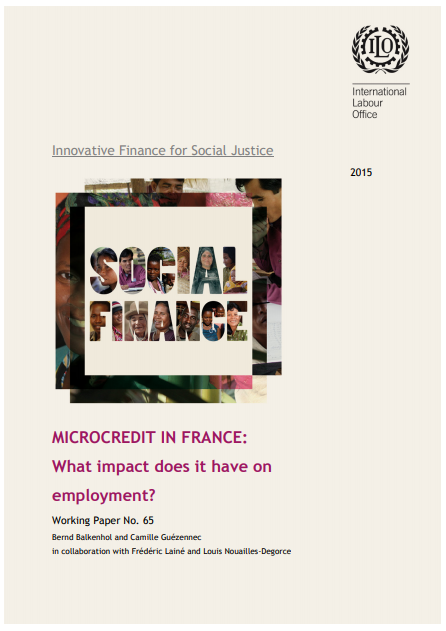 Download:
Microcredit gives access to loans below the amount of €25,000. It is targeted at people who are often unemployed or otherwise excluded from the traditional banking system and who wish to start their own business. It also plays an increasingly important role as a strategy in active labour market policies in Europe, especially since the economic crisis of 2008. However, little is known about its impact on employment and the conditions under which beneficiaries operate as microentrepreneurs. This is due to the diversity of microcredit operators and their methods of intervention, as well as the variability in the loan amounts granted. Regardless of these differences the French microcredit model generally relies heavily on public funding. Public authorities and taxpayers thus have an interest to gain more insights into its performance and social impact. As to microcredit operators in France, they have become increasingly committed towards tracking impact. At the same time, public authorities have a role to play, by reforming and complementing the tools for gathering statistical data related to business creation and by assisting operators to define and apply indicators and common methods for monitoring the impact on the recipients of microcredit.