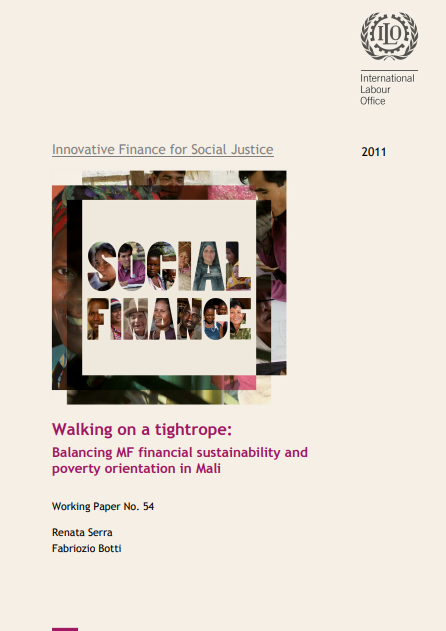 Download:
The world of microfinance is constantly evolving and changing. One of the largest world micro-finance institutions (MFIs), BRAC, based in Bangladesh, closed in 2006 the first micro-credit securitization in the developing world with support from major international financial groups. Such an operation will ensure BRAC access to US$180m for a period of 6 years. This initiative is only one of several indicating the recent increasing commercialization of the micro-finance sector, as well as the greater profit opportunities open to big and small investors in this expanding market. The attractiveness of a philosophy based on self- sufficiency, the urge to further expand operation scale beyond
what allowed by limited and often temporary donor support, and the enthusiasm for social investment concepts have paved the way for some MFIs to turn to international financial
markets for capitalization. Revolutions in technologies and in product characteristics have considerably reduced the transaction costs of doing business with the ‘bottom of the pyramid’, a newly coined term referring to the four billions people in the world living on
less than two dollars per day (Prahalad, 2004).