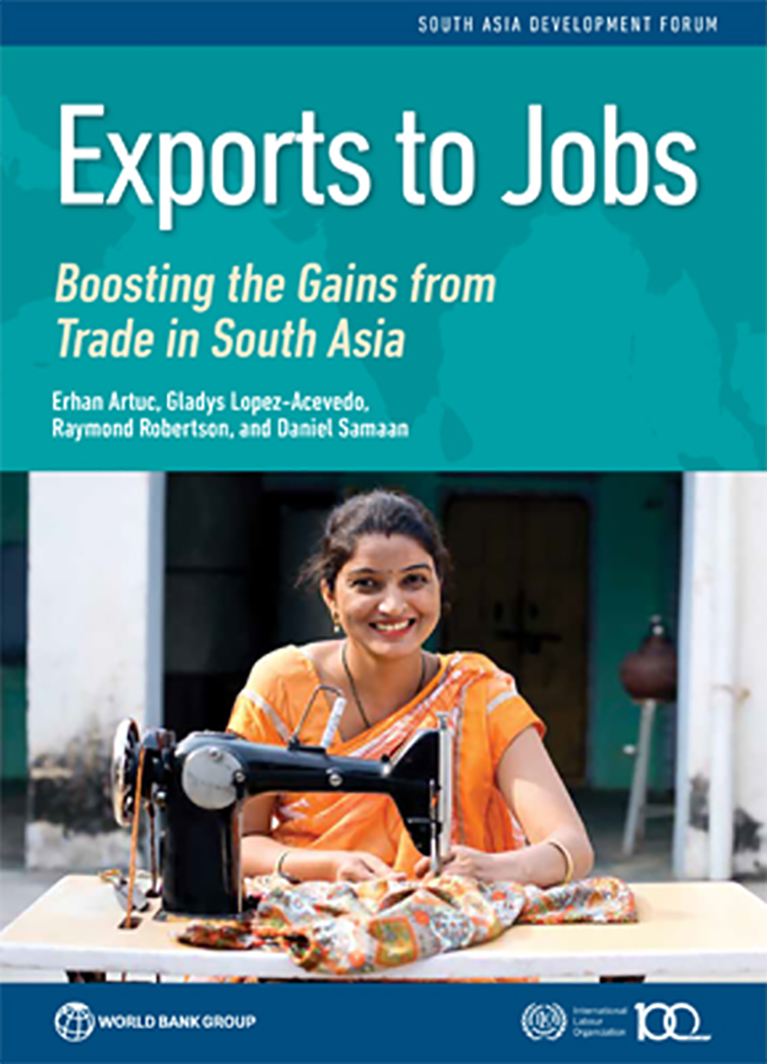 Download:
South Asia’s economy has grown rapidly, and the region has made a significant reduction in poverty. However, the available jobs for the growing working population remain limited. Policy makers are contending with lingering concerns about jobless growth and poor job quality. Exports to Jobs: Boosting the Gains from Trade in South Asia posits that exports, could bring higher wages and better jobs to South Asia. We use a new methodology to estimate the potential impact from higher South Asian exports per worker on wages and employment. We find that increasing exports per worker would result in higher wages, mostly for the better-off groups—like the better-educated workers, men, and the more-experienced workers—although the less-skilled and rural workers would benefit from new job opportunities outside of the informal sector. Our report shows that to spread the benefits from higher exports widely, policies are needed to raise skills and get certain groups, such as women and youth, into more and better jobs. Complementary measures include removing trade barriers and investing in infrastructure, and increasing the ability of workers to find higher-paying jobs. Together, these actions would help South Asian countries spread the gains from being closely integrated into the global economy through exporting. This book, which is the product of a partnership between the International Labour Organization and the World Bank, contributes to our understanding of the impact that growing exports can have on increasing well-being, and it bridges the gap between academic research and policy making.