The ILO Decent Work Team and Office for the Caribbean teamed up with the Ministry of Labour in Guyana to develop an electronic system of Recording and Notification of Occupational Accidents and Diseases (RNOAD). Within the support being provided by the ILO to improve the OSH system of Guyana, the ILO Office for the Caribbean set up a project to modernize the RNOAD. The project consisted of the development of software in line with the OSH regulation of Guyana and the procurement of IT equipment for the Department of Labour in all regions.

The ILO mission conducted from 28 March – 1 April allowed for the setup of the IT equipment, the deployment and testing of the RNOAD and the training of the occupational safety health (OSH) officers of Guyana on the use of the software. The Ministry of Labour partnered with the National Data Management Agency (NDMA) that provided a virtual server for the installation of the RNOAD.

In his remarks, Mr. Roach stated that work to modify the existing system to meet the OSH requirements for Guyana started approximately six months ago. “We had several meetings with Ms. King and OSH officers, after those modifications we were able to have a demonstration of the system in mid-March. From that demonstration, we made some modifications, and today we are going to test the system, enter records for incidents that occurred during the year, […] generate the reports, with the expectations to tackle a few modifications.”

At the opening ceremony, Minister Hamilton (in photo) declared his commitment to ensure that the necessary facilities to do the job would be provided to all officials.

“I will intervene at every level to speak to everyone about the importance of the OSH officers having access to training, re-training, and development and that is my commitment to you. Last week, the Ambassador of China paid me a courtesy call and I revived a conversation I had with the former Ambassador about making available scholarships programmes for OSH officers so that they are exposed to the necessary training” the Minister stated.

The workshop provided participants with the opportunity to review the new IT system that has been adapted by the ILO from the Labour administration application 2.0 (LAA2.0), which is an electronic collection, management and monitoring of administrative records database within the labour administration system.

Officials gained new knowledge through hands-on exercises and reviewed the main modules of the OSH applications: security, data entry and reports, and resolving other issues.

The collection, recording and notification of data on work accidents and occupational diseases are essential for formulating evidence-based occupational safety and health policies and setting priorities and targets for preventive action.

The mission concluded with the launch of the celebrations of the OSH month in Guyana on 1 April. At that occasion, the Director of the ILO Decent Team and Office for the Caribbean, Mr Dennis Zulu, proceed with the handing over of the IT equipment to the Minister of Labour. As part of the support for the RNOAD, the ILO provided financial support for the acquisition of:
“This is important for the development and the revision of the policy of regulatory reform to address persistent and new occupational health challenges such as those posed by COVID-19, to actual application at the workplace. Social dialogue is very important as it contributes to improving occupational health and safety policies and strategies, but it is also essential to build ownership and commitment for a more rapid and effective implementation,” Mr. Zulu stated.
He also spoke on the continuing partnership that the ILO has shared with Guyana in developing some of the crucial and important regulations regarding OSH.

The ILO has always had consultation and meaningful participation from workers’ and employers’ representatives, as well as OSH staff from public and private sector companies. The existence of a functional National Advisory Council on Occupational Safety and Health (NACOSH), which has tripartite representations, must be commended. 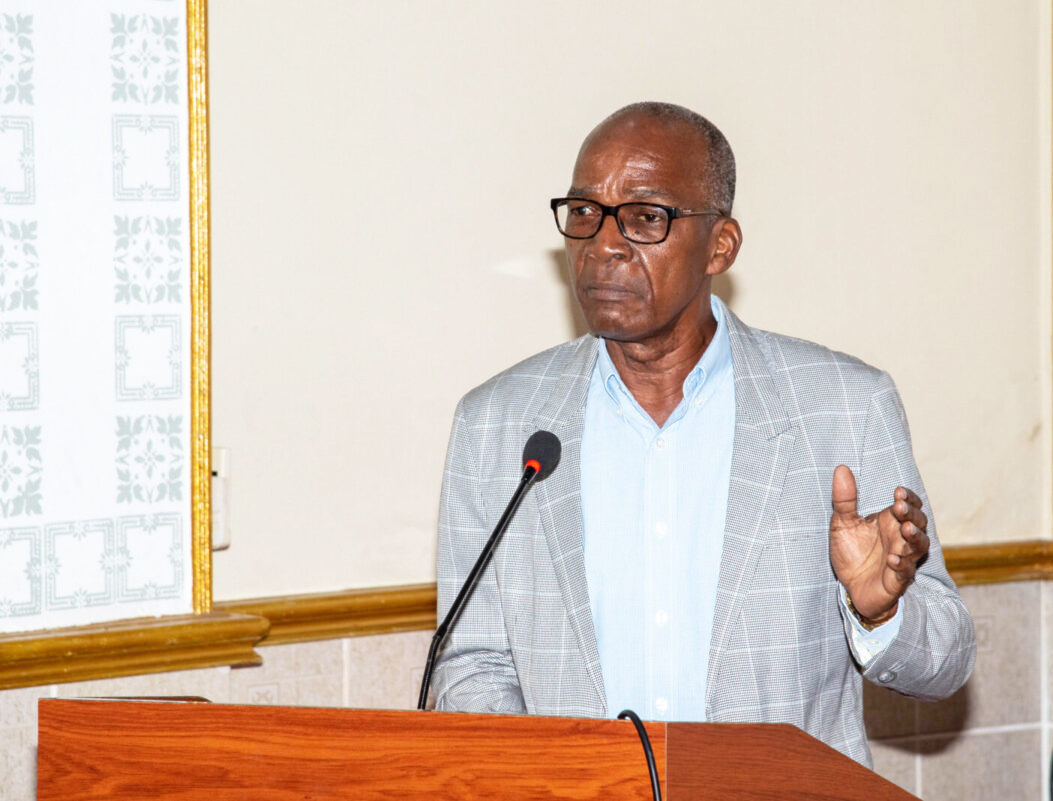