1 July 2020 (Lima, Peru) – The COVID-19 pandemic has caused an unprecedented impact on Latin American and Caribbean labour markets, which have already experienced a sharp increase in unemployment rates. The situation leaves millions of people unemployed and without income, which will cause an increase of inequality and poverty in the region, according to an ILO Labour Outlook released today.

The region's average unemployment rate, which was 8.1 per cent at the end of 2019, could rise between 4 and 5 percentage points according to the data collected so far. The Outlook, published by the ILO Office for Latin America and the Caribbean and titled “Labour Outlook in times of COVID-19: Impacts on the labour market and income”, also advises that if the crisis continues to deepen, the situation could worsen.

"This unprecedented increase in the regional unemployment rate implies a historical record of 41 million unemployed, which will have an impact on the economic and social stability of our countries," explained Vinícius Pinheiro, Director of the ILO Office for Latin America and the Caribbean.

The Outlook highlights that the most recent World Bank forecast estimates a drop in economic growth of -7.2 per cent, which would take the unemployment rate up to 12.3 per cent, whereas if the latest International Monetary Fund (IMF) data are considered, a contraction from -9.4 per cent unemployment levels would reach 13 per cent.

In absolute numbers, these rates imply that the number of people who are looking for jobs but are not hired rose from 26 million before the pandemic to 41 million in 2020, as announced by ILO experts during a virtual press conference held this Wednesday to present the Outlook.

Additionally, there is a deterioration in the quality of jobs and a reduction in worker and household incomes.

"A characteristic of this crisis has been the speed of the impact, which has translated into an immediate collapse of the labour and family income of a very broad group of the population," Pinheiro said. "This can amplify social inequalities given that average labour income contributes to around 80 per cent of total family income in the region."

The ILO Regional Outlook highlights that "the massive destruction of employment is not fully reflected in increases in the unemployment rate, because a significant portion of the workers who lose their jobs have left the workforce" as a consequence of confinement and distancing measures, or lack of job opportunities and are in a situation of inactivity.

This inactivity could dampen the increase in situations such as unemployment or informal work, and therefore further increases in these statistics could be observed as social containment measures become more flexible and people need to go out and generate income.

On the other hand, the Outlook says that approximately 40 per cent of total employment in the region is carried out in high-risk economic sectors in the face of the COVID-19 crisis, while 17 per cent does so in medium-high risk sectors. "About 60 per cent of those employed in Latin America and the Caribbean are exposed to significant losses in employment, hours worked and income from work."

Some of the high-risk activity sectors such as accommodation, food services and commerce are labour intensive especially for those with lower skill levels.

At the other end of the spectrum, a very low proportion of workers - less than 20 per cent - are engaged in low-risk activities with public administration, education and health services being the most important areas of activity quantitatively within this segment.

The ILO Regional Labour Outlook warns that in the face of the enormous reduction in jobs and the massive loss of labour income, “the challenge for crisis response policies is enormous, requiring that governments, together with social partners in the world of work, reach consensus on programs for effective response.”

The ILO has proposed that strategies and policies to rebuild labour markets should be based on four pillars: stimulating the economy and employment; supporting business and worker income; protecting workers in the workplace; and achieving effective solutions through social dialogue.

The crisis response will be a central theme during discussions that will take place as part of the ILO Regional Summit for the Americas on Thursday, 2 July. The event will feature the participation of labour ministers and representatives of employers' and workers' organizations from around the region.

The event is part of the ILO World Summit on COVID-19 and the World of Work, which covers all regions around the world, with global sessions scheduled to take place from 7 to 9 July. 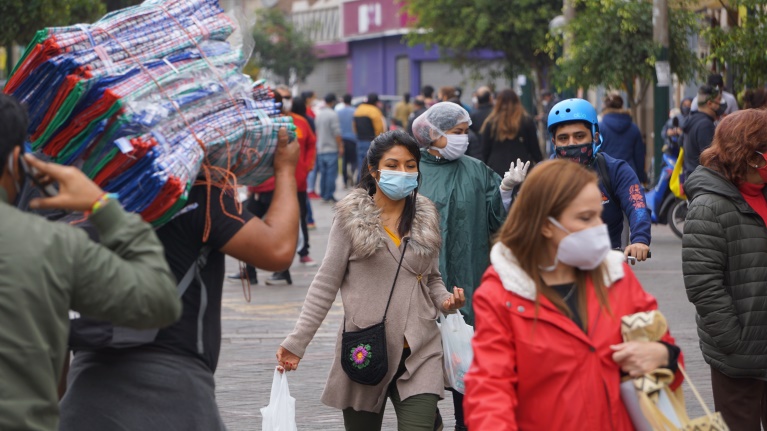