The Report contends that these new measures should focus on addressing challenges to labour market policies such as "invisible" factors that include stereotypes, behaviours and social norms.

The Report, which is titled “Women in the world of work: ongoing challenges to effective equality in Latin America and the Caribbean”, finds that for every hour worked, women receive labour income that is on average 17 per cent lower than men with the same age, education level, number of children in their homes, condition of rurality and type of work.

The latest indicators featured in the Report show that while female labour participation rose significantly until 2000, it has since slowed down and has now reached 50.3 per cent -- 25 percentage points below men.

"While it is true that there have been very important advances to integrate women into the labour force, the road to equality is still long, and sometimes steep," said Juan Hunt, Regional Director (ad interim) of the ILO Office for Latin America and the Caribbean during his presentation of the Report, which highlights various dimensions of an “occupational segregation”.

“The Report we are presenting warns that gender differences constitute one of the most unjustifiable forms of inequality today. And it is clearly a fact that prevents against the possibility of building more prosperous, fair and cohesive societies,” added Hunt.

The new ILO Thematic Labour Overview calls for a renewal of policy instruments, and emphasizes the need to recognize that "an important part of the limitations of women's progress resides in households", in particular because the distribution by household gender is still overwhelmingly uneven. It finds that women are responsible for 80 per cent of household chores, which restricts their effective participation in the world of work.

The Report also recognizes that the persistence of wage gaps occurs despite long-term trends showing significant changes, for example in the case of education, where the number of women with tertiary studies exceeds that of men. Among those born in 1990, 40 per cent of working women have tertiary education, compared to 25 per cent of men.

Based on the identified differences in labour income, the publication explores several dimensions of the gender gap, in order to identify the greatest vulnerabilities and information that should also be used to guide the design policies and strategies for intervention.

“Active labour market policies are needed to support female labour integration, information and guidance services that meet the specific needs of women, training and education programs to improve their employability, as well as targeted programs that focus on meeting the requirements of women affected by inequality such as migrants, youth, rural women and agricultural workers,” said ILO regional economist Hugo Ñopo.

The data analysis carried out within the framework of this Report, which was coordinated by Ñopo, indicates where the income gap is greater, by highlighting the "differentiated patterns". Inequality, for example, is more pronounced among 20 per cent of lower-income workers, or among rural self-employed.

A wide salary gap was also detected around minimum wage, which is attributed to a high level of informality and generates high levels of non-compliance in remuneration.

“The gender gap problem is also associated with the issue of poverty,” said Ñopo.

Ñopo stressed that in order to accelerate the changes that lead to equality, it will be necessary to deal with “the invisible factors behind gender pay gaps and differentiated treatment with respect to women in Latin America and the Caribbean.”

Among these factors the Report mentions:
The publication also refers to the issue of unpaid care and labour participation. "The bulk of care work worldwide is performed by unpaid caregivers and caregivers, mostly women and girls belonging to socially disadvantaged groups," explained Ñopo. “This forces women to seek flexibility in their work arrangements, and they are more likely than men to take jobs in inferior conditions and with less bargaining power."

The new Report, published by the ILO Regional Office for Latin America and the Caribbean, is themed to the ILO Centenary and revises a series of ILO Conventions and Recommendations adopted since 1919 to promote gender equality.

At the same time, it includes a chapter on the future of work, and the challenges and prospects posed by the profound changes and opportunities offered. The Report warns that if appropriate measures are not taken, the risk of growing gender gaps will continue.

The Report closes with a series of ILO conclusions and recommendations on how to address the challenge of accelerating gender equality in labour markets. The publication highlights that "improving the distribution of household chores is probably the most important cultural change that is required for progress in equal opportunities." 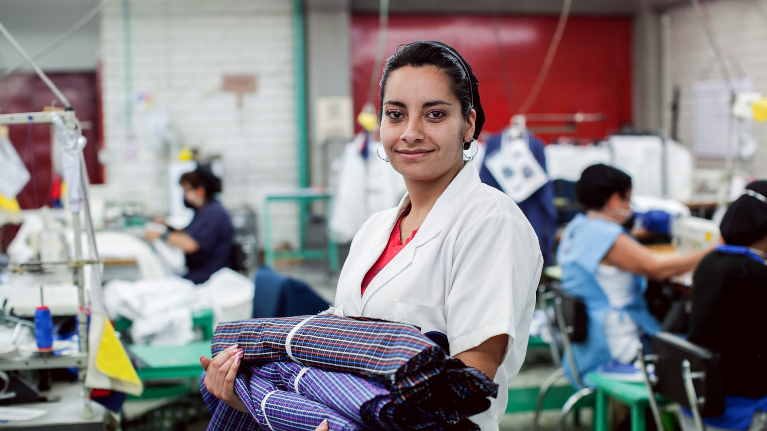