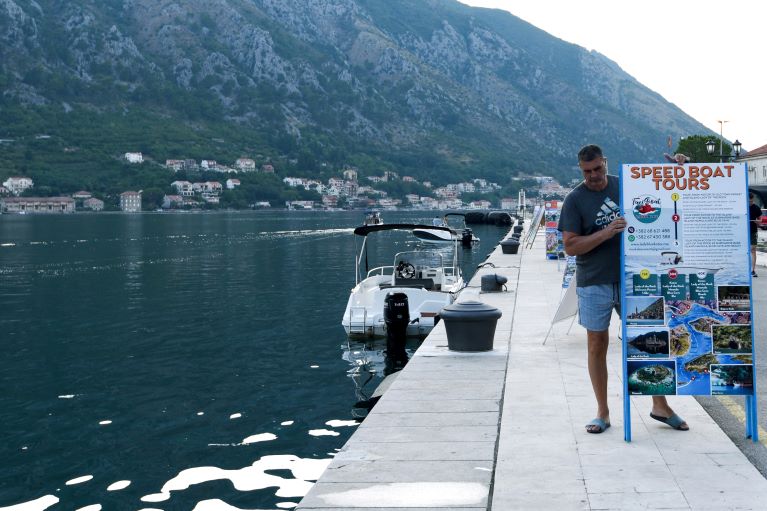 Precisely, MEF advocacy has led to the extension of previous measures, such as wage subsidies and deferral of income taxes and social contributions. The government also introduced some new measures proposed by MEF. In particular, tax administration reduced VAT for the hospitality sector from 21% to 7% and increased the threshold for mandatory VAT registration from an annual turnover of EUR 18,000 to EUR 30,000. This measure aims to improve the survival of small enterprises. Furthermore, the government introduced one-off support for enterprises in the implementation of the electronic fiscalization system that will be mandatory as of July 2021. This support allows them to purchase fiscal devices and equipment to replace the existing cash registers.

Survey findings show that despite the severe disruptions caused by the COVID-19 crisis, Montenegrin enterprises gradually resumed operations in the last quarter of 2020. The vast majority of enterprises (95 per cent) were able to operate fully (either on site or remotely) or partially, while 5 per cent were not yet in operation, which was the case for almost a quarter of enterprises during the second quarter of 2020. Alarmingly, the share of enterprises operating at significantly reduced capacity (32 per cent) remained almost at the same level as during the 2020 spring lockdown. Enterprise revenue was affected dramatically with close to 90 per cent of enterprises experiencing a drop in average revenue of 47 per cent compared to the same period of 2019.

Teleworking was largely implemented during the lockdown period with the practice continuing, though on a smaller scale, after the lifting of restrictions. About 40 per cent of surveyed enterprises continued using full-time or part-time teleworking in the last quarter of 2020, compared to nearly 60 per cent of enterprises during the first lockdown period in the spring. More than half of enterprises that resorted to teleworking arrangements experienced a decrease in productivity, of which nearly 60 per cent reported that the decrease was significant or very significant. About two thirds of enterprises preferred their employees to work on site after the crisis is over and did not envisage switching to remote working practices over the long term.

A sharp decline in demand and delay in customer payments were reported by nearly 70 per cent and 50 per cent of enterprises, respectively, as the most critical operational challenges even after the easing of restrictions. Furthermore, almost equal shares of enterprises (about 40 per cent) experienced difficulties in settling obligations to suppliers and employee absenteeism. All these challenges increased significantly the operational costs as reported by almost one third of surveyed enterprises. To address liquidity shortages, a significant share of enterprises (65 per cent) resorted to their own reserves. Overall, enterprises did not rely much on the banking sector.

To reduce workforce related costs, the most heavily used measure was reducing or completely freezing the recruitment of new staff (46 per cent). A further one third of enterprises postponed the increase in wages, while close to 30 per cent reduced the costs for staff training. Although decreasing the number of employees was among the least utilized cost cutting measure, nearly one quarter of enterprises anticipated layoffs in the coming period.

The survey was carried out between October and December 2020 and provides the views of 312 enterprises. The survey data have been complemented with inputs collected through a number of in-depth interviews conducted December 2020.

The first assessment on the Impact of the COVID-19 Pandemic on Enterprises in Montenegro: Challenges and Expectations was conducted in May 2020.

The new report “Navigating the COVID-19 Crisis: Evolving challenges, needs and expectations of Montenegrin enterprises” is downloadable from here.