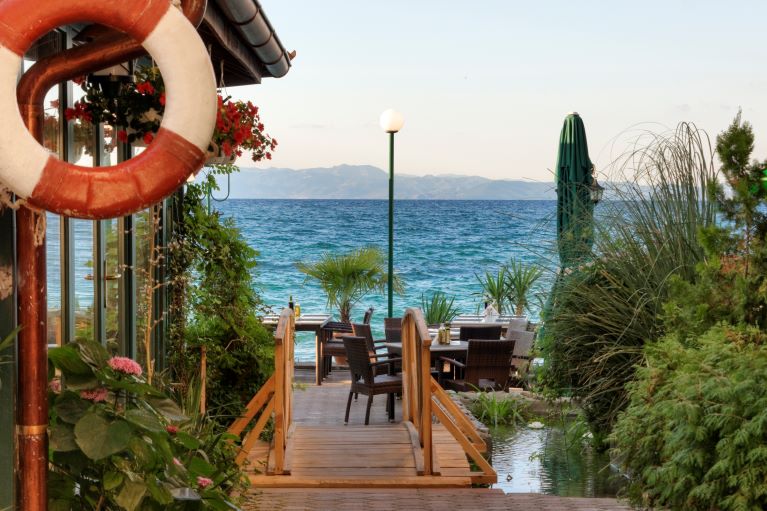 An overwhelming majority of enterprises (86 per cent) experienced a decline in revenues compared to the same period of last year. Employee absenteeism, demand shortfall and delay in customer payments were reported as the most critical operational challenges that induced a sharp drop in cash flow, which a significant share of enterprises (64 per cent) addressed by using their own reserves. About a third of enterprises resorted to loans, of which 24 per cent relied on commercial loans and 11 per cent on loans from the Development Bank of North Macedonia. To improve their business resilience, over a half of enterprises surveyed offered new products and services or made modifications to the existing ones.

Unsurprisingly, a significant share of enterprises implemented teleworking, an option very rarely used prior to the crisis. About  67 per cent of enterprises used teleworking during the spring peak compared to only 9 percent during the pre-crisis period. About a third of enterprises indicated that they would continue implementing remote work and flexible work arrangements when the pandemic is over. Similar to the results of the first survey, the second survey showed that only a small proportion of enterprises (12 per cent) resorted to dismissing workers despite the massive economic challenges brought by the pandemic. Enterprises resorted to alternative strategies to reduce staff costs, such as reducing/delaying increases in wages or annual bonuses, reducing/freezing recruitment of new staff and reducing staff development costs.

Enterprises displayed relative dissatisfaction (expressed by 61 per cent) with the adequacy of the measures included in the four support packages. Of these, 18 per cent perceived the measures as totally inadequate, while 43 per cent believed the measures could have been better. A large proportion of enterprises (41 per cent) expressed the need for a fifth package of measures. Wage support was identified as the most needed type of support by over one third of enterprises, followed by additional loans subsidized or guaranteed by the Development Bank of North Macedonia. Respondents also mentioned the deferral of tax credits, as well as some “soft” measures, such as better information about the available measures and better services from public institutions.
Carried out online between October and December 2020, the report provides the views of 246 enterprises that completed the survey. In addition, a number of in-depth interviews were conducted in December 2020, in order to give the analysis more depth and shed light on some survey results. The first assessment on the Impact of COVID-19 pandemic on enterprises in North Macedonia was conducted in May 2020.

The new report “Evolving challenges and expectations facing Macedonian enterprises during the COVID-19 pandemic" is downloadable from here. Enterprise surveys are forthcoming for Albania and Kosovo in March/April 2021.