With due consideration to regional disparities and local circumstances, here are five crucial trends that would help countries make sense of the prevailing narratives. 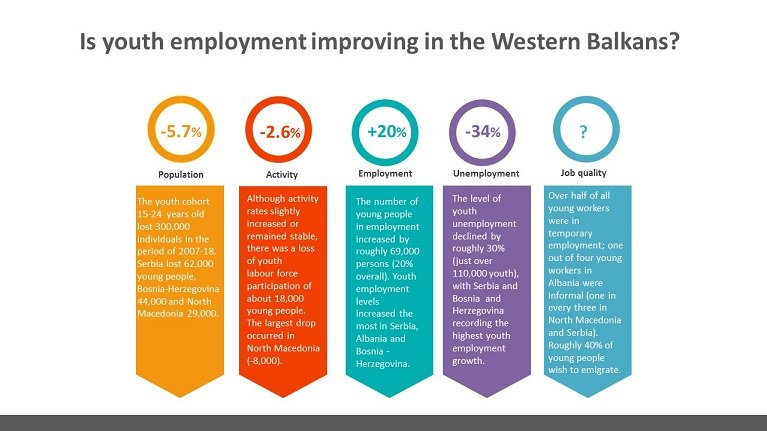 1. Job creation mostly favours adult workers with work experience
Since 2010, the region has generated more than 700,000 new jobs. However, there are only 70,000 more young people in employment compared to 2010. This means that young people took up only a small share of these new jobs. These results do not sit well with the level of priority that Western Balkan economies assign to the issue of youth employment, at least as evidenced either by the establishment of youth-specific policy outcomes in national employment policies or by the formulation of dedicated youth employment action plans. Where is missing link? Countries in the region generally display an over-reliance on the Public Employment Service (PES) to achieve youth employment targets, without however deploying the resources that would be required (funds, human resources and administrative capacity) to support all those in need. Clearly, young people left to their own devices are at high risk of being excluded, with education only partially shielding them - as the high incidence of youth not in education, employment, and training (NEET) among those with tertiary education shows.

2. Not all declines in unemployment are equally welcome
Over the past years, the number of young people in unemployment decreased by approximately 34 percent (over 100 thousand less unemployed youth today, compared to 2010). However, not all of these young women and men have found a job. Some of them have fallen into inactivity, given that the reduction of inactivity rates has been minimal in Bosnia and Herzegovina, Kosovo*, Serbia and North Macedonia; and around 6-7 percentage points in Albania and Montenegro.

3. Demographic factors contribute to a blurred picture
A marked decline in the youth population (5.7 percent in the last four years) undermines the progress recorded in some of the labour market indicators. Demographic factors, rather than real gains, explain some of the positive trends in employment and unemployment rates. Overall, the labour force aged 15-24 years old has declined by nearly 3 percentage points.  On one hand, the Western Balkans are ageing fast, posing a serious challenge to the sustainability of social protection systems and undermining growth processes in the medium-term. On the other hand, young people see migration as solution to their economic woes and those of their family members who stay behind. 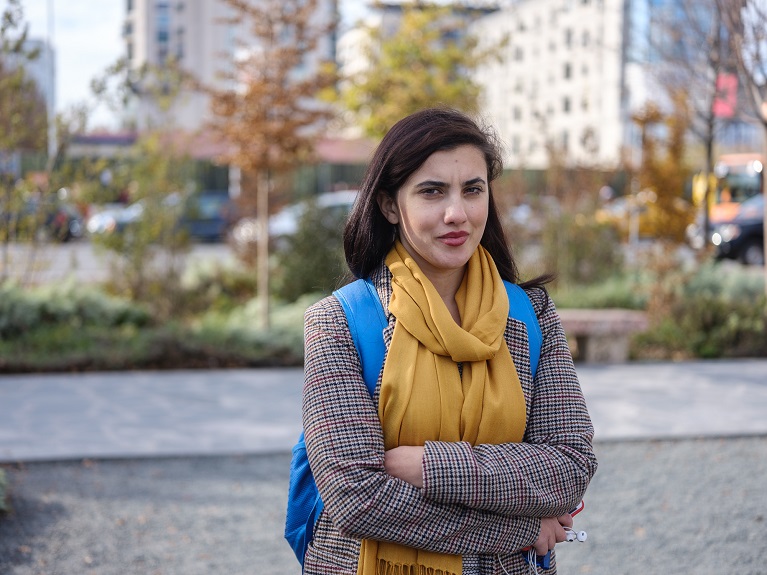 4. Inactivity is (often) a lady
The number of young people inactive and not in school poses a concern, as prolonged detachment from the labour market does not bode well for their future and leads to de-skilling and scarring. This is particularly significant given that the future of work in the region does not reside in low-skilled and poorly paid jobs. Unfortunately, a disproportionally large number of inactive youth in the region are women, very often with family responsibilities. Women with family responsibilities represent more that 25 percent of inactive NEETs in North Macedonia for instance. The incidence of this phenomenon is even higher in Albania and Kosovo* and calls into question whether current policies are family-friendly.

5. Job quality remains a concern
Most young workers are engaged in temporary jobs, often in the informal economy. Skills mismatches (e.g. over qualification of workers compared to requirements of the occupation) are still around 30 percent. Vulnerable employment affects one in every four young persons.

In light of these overriding trends, what policy guidance can be offered to policy-makers who are gearing up to keep their electoral promises? Even though it may sound counterintuitive, the choice of a policy format over another has proven not to be so important, provided that the objectives to be achieved are measurable, tackle both labour supply AND demand challenges, and that there are specific resources allocated to their achievements. The youth employment policies of the Western Balkans typically focus only on the supply side, with reform of the education system and the implementation of targeted active labour market measures at the forefront. Economic and fiscal policies are normally left unaddressed due to the limited influence of ministries of labour on their planning and the overarching priority of fiscal consolidation. Enterprise development policies are also overly concentrated on establishing a favourable business environment, rather than on the need to increase productivity and the capacity of firms to create decent jobs.