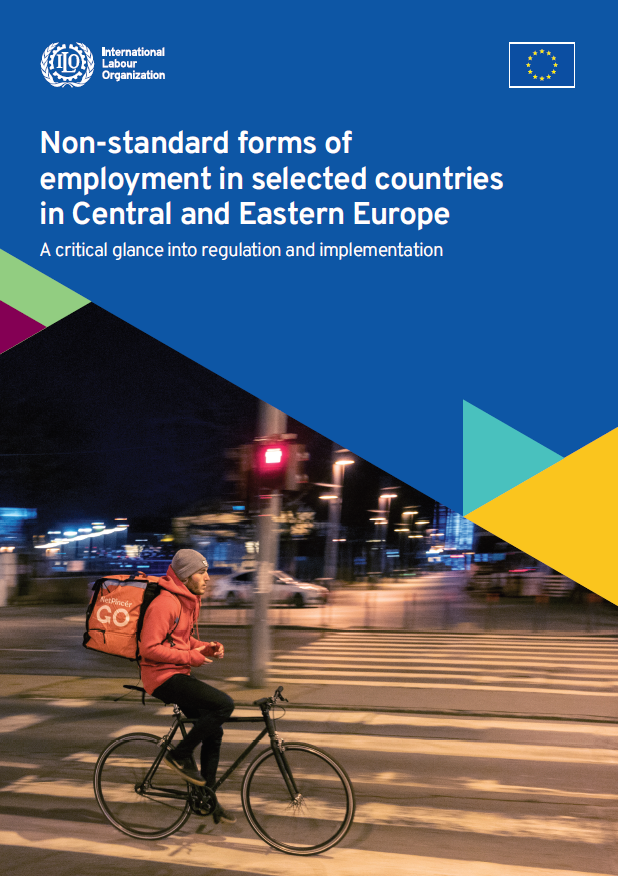 Download:
Non-standard forms of employment (NSFE) have become a fixture of labour markets across Central and Eastern Europe (CEE). Emerging as new forms of work in the context of globalization, rapid technological advancement and increased competition on domestic and international markets, NSFE are seen as flexible solutions to today’s labour market demands and labour shortages, especially after the 2008 global economic and financial crisis.

The regulation of NSFE has gained the attention of scholars and policymakers as a counterweight that can reduce informality and labour market dualization, as workers in NSFE tend to be more frequently in informal employment than those in standard employment.

When well-regulated and properly enforced, some non-standard forms of employment can help enterprises adjust quickly to market dynamics and tackle labour shortages. On the labour supply side, they can facilitate access to the labour market by marginalized groups, such as youth, women, older workers, migrants and, in some instances, can be a “stepping stone” to better jobs. However, when misused as a means to reduce labour costs at the expense of fundamental labour rights, NSFE deprive workers of fair pay and decent working conditions; limit their access to social security; increase inequality, job and income insecurity; and create social dumping.

This volume aims to offer a retrospective look into the implementation of some non-standard forms of employment in selected CEE countries. It gathers national chapters authored by expert members of the CEELex network. Their work has been guided by Terms of Reference, which suggested different angles for research on NSFE, focusing on: level and adequacy of legal protection of workers; challenges and solutions in organizing workers; good practice in regulation through collective bargaining; legal and case law tests for determining the existence of the employment relationship; NSFE and informality; other.