On 7 July 2022, the European Parliament’s Delegation for relations with Belarus held a meeting in Strasbourg to discuss the political, economic, social and labour situation in Belarus, which included an exchange of views with the ILO on the persecution of independent trade unions and infringements of workers’ rights in the country. ILO’s Director for the Decent Work Technical Support Team and Country Office for Eastern Europe and Central Asia (ILO-Moscow), Ms Olga Koulaeva, Senior Specialist in Workers’ Activities, Mr Gocha Aleksandria, and international ILS expert Ms Miranda Fajerman, participated remotely at the hearing and provided an update to parliamentarians on the current situation of trade union rights in Belarus.

The hearing comes almost two months after the adoption of the European Parliament’s resolution of 19 May 2022 concerning the prosecution of the opposition and the detention of trade union leaders in Belarus. Among the trade unionists arrested include Mr Alexander Yaroshuk, President of the Belarusian Congress of Democratic Trade Unions (BKDP), who is also vice-president of the International Trade Union Confederation (ITUC) and member of the ILO’s Governing Body, Mr Siarhei Antusevich, BKDP’s Vice-President Mr Oleg Podolinksi and Ms Elena Yeskova, BKDP, Mr Mikola Sharakh, Chairperson of the Belarusian Free Trade Union and many others. In addition, trade unions and their members have been subjected to searches of their offices and homes, with the seizure of documents, equipment and other items, reportedly carried out by officials of the State Security Committee/Belarus KGB.

The ILO has called on the Government of Belarus to immediately release the trade union leaders and any others who are in detention and taking all necessary measures so that they may carry out their trade union activities in a climate free from violence, intimidation, or threat of any kind. The ILO has repeatedly stressed that the arrest of trade union leaders and members for exercising their trade union activities constitutes a grave violation of the principles of freedom of association. Furthermore, the ILO’s International Labour Conference has pointed out that the right to freedom and security of person and freedom from arbitrary arrest and detention, freedom of opinion and expression, freedom of assembly, the right to a fair trial and the right to protection of trade union property constitute civil liberties which are essential for the normal exercise of trade union rights.

In her intervention, ILO-Moscow’s Director, Ms Koulaeva, highlighted how the situation of labour rights and the rights of workers to freedom of association and collective bargaining was an ongoing and recurrent issue of concern for the ILO and its supervisory bodies over the last two decades and has become an even greater issue of concern in recent years. She said the ILO has been working with the Government and social partners to address the issues raised by an ILO Commission of Inquiry established in 2004 following serious infringements of trade unions rights and freedoms in the country. Ms Koulaeva also informed the delegation that, this year, both the Committee on Freedom of Association and the Committee on the Application of Standards referred the matter to the Governing Body under Article 33 of the ILO Constitution for further consideration in order to secure compliance with the recommendations of the Commission of Inquiry. In 2007, the EU removed GSP trade preferences to Belarus due to concerns raised by the ILO’s supervisory bodies on matters concerning freedom of association.

Mr Aleksandria said the situation in Belarus further deteriorated after the presidential elections in August 2020 that was followed by civil protests, part of which was the independent and democratic trade unions movement led by the BKDP and its four affiliates. Furthermore, he noted that the situation had been further aggravated by the Russian Federation’s aggression against Ukraine, which started in February 2022, and the Government’s support of the invasion and military activities as the BKDP has been loud and vocal in protesting against war in general and getting Belarus dragged into military activities in particular.

Ms Koulaeva highlighted how ILO’s Director-General, Guy Ryder, has expressed deep concern about the detention and arrest of trade unionists in Belarus and called for the immediate release of Belarusian trade union leaders and others still detained. In a letter to the President of Belarus, Mr Alexander Lukashenko, the Director-General called on the Government to prevent human rights violations and “ensure full respect for workers’ rights and freedoms” and a halt to intimidation of those peacefully exercising their right to freedom of association.

Ms Koulaeva said the ILO would continue to engage with the authorities in Minsk to ensure fundamental labour rights, including freedom of association and the right to organise, are upheld and respected. Belarus has ratified nine of the ten ILO fundamental Conventions, including the Freedom of Association and Protection of the Right to Organise Convention, 1948 (No. 87), and the Right to Organise and Collective Bargaining Convention, 1949 (No. 98). 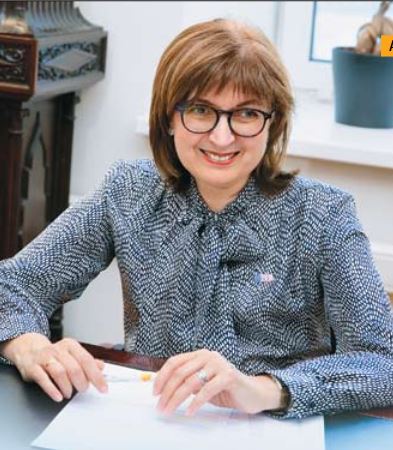