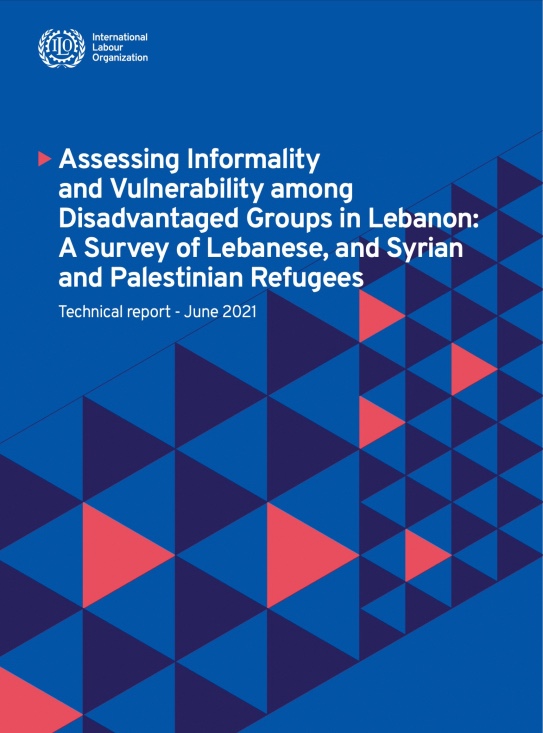 Download:
This study assesses the extent of informal employment and vulnerability among the most deprived Lebanese citizens, and the Syrian and Palestinian refugees living in Lebanon, through the analysis of representative survey data on employment and labour market conditions of these three population sub-groups.

A sample of vulnerable households of Lebanese, Syrians and Palestinians was selected from the 251 most vulnerable cadastres in Lebanon – home to 87 percent of displaced Syrians and Palestinian refugees, and 67 percent of deprived Lebanese, as identified by the 2015 United Nations inter-agency assessment, and reported in the Lebanon Crisis Response Plan 2017–2020. Findings show that the compound effects of economic and labour market shocks brought on by currency depreciation, concomitant high levels of inflation, the COVID-19 pandemic and the Port of Beirut explosion, have deepened levels of vulnerability and informal employment among these already distressed communities.

Assessing informality and vulnerability among disadvantaged groups of Lebanese, and Syrian and Palestinian refugees in Lebanon

Stories of Vulnerability from Workers in Lebanon
Skip to top