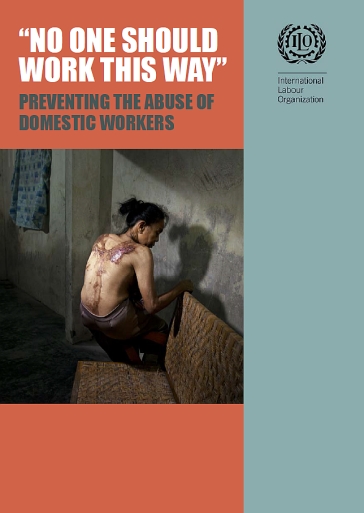 Download:
In 2011 a new ILO Convention specifically covering the rights of domestic workers came into force. Thus far it has been ratified by fewer than 20 countries – just one (the Philippines) in the Asia–Pacific region and none in the Gulf region or the Middle East. Convention No. 189 is important, not just because it obliges governments to bring their national laws and enforcement systems into line, but also because it sends a message to societies that domestic workers have rights as other workers do. No longer should anyone work the way the women in these photos have worked.