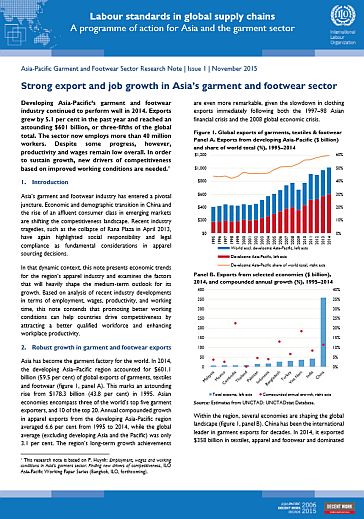 Download:
Developing Asia-Pacific's garment and footwear industry continued to perform well in 2014. Exports grew by 5.1 per cent in the past year and reached an astounding $601 billion, or three-fifths of the global total. The sector now employs more than 40 million workers. Despite some progress, however, productivity and wages remain low overall. in order to sustain growth, new drivers of competitiveness based on improved working conditions are needed.

Labour Standards in Global Supply Chains project: A Programme of Action for Asia and the Garment Sector
Skip to top