BANGKOK (ILO News) - A new report by the International Labour Organization (ILO) has found that monthly wages fell or grew more slowly in the first six months of 2020, as a result of the COVID-19 pandemic, in two-thirds of countries for which official data was available, and that the crisis is likely to inflict massive downward pressure on wages in the near future.

In 2018/19 the Asia and Pacific region witnessed a slightly slower pace in wages growth, down from 3.9 per cent to 3.4 percent, nevertheless, it remained higher than the global rate which declined from 2.2. per cent to 2.0 per cent over the same period.

“While wage growth has declined in the Asia Pacific region, it has fared better than the rest of the world. Until the COVID-19 crisis, domestic demand in most Asia Pacific countries helped offset the slowdown at global level due to trade tensions. A robust and rapid response by governments in the region helped soften the impact of COVID-19, while dynamic minimum wage policies have also played a major role in sustaining local markets,” says Daniel Kostzer, ILO Senior Wage Specialist in the Regional Office for Asia and the Pacific. 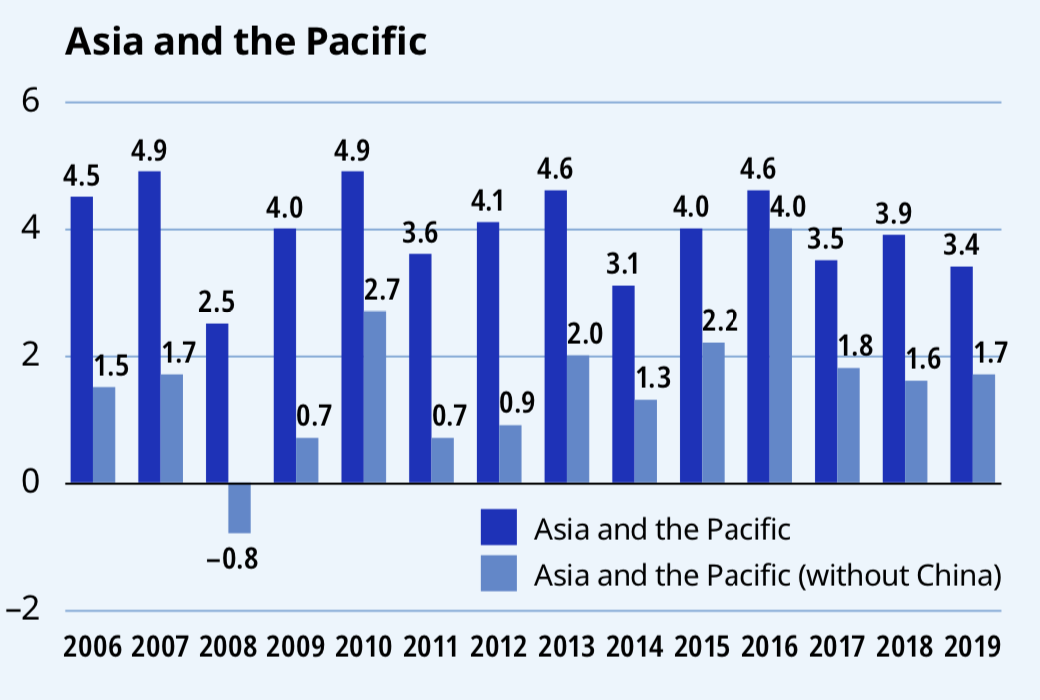 A closer look at Asia Pacific

The Report includes an analysis of minimum wage systems, which could play an important role in building a recovery that is sustainable and equitable. Minimum wages are currently in place in some form in 90 per cent of ILO Member States. But even before the onset of the COVID-19 pandemic the report finds that, globally, 266 million people - 15 per cent of all wage earners worldwide – were earning less than the hourly minimum wage, either because of non-compliance or because they were legally excluded from such schemes. Women are over-represented among workers earning the minimum wage or less.