Download:
The ILO commissioned a study on the labour market situation of Syrian workers in Turkey using data from the TURKSTAT Household Labour Force Survey from 2017.

The top three sectors/industries of employment for Syrians were: (1) the garment industry, (2) trade and hospitality and (3) other manufacturing. Further, Syrian workers were concentrated in Istanbul as well as southeast Turkey. Most workers had to work long hours (75% worked more than the legal weekly working time of 45 hours) and earned below the minimum wage – Syrian women earned almost 20% less than their male counterparts and nearly 25% below the minimum wage.

Informal work does not only deprive workers from being protected by the Turkish labour law, but also has macro-economic impacts, especially for the Social Security Institution. 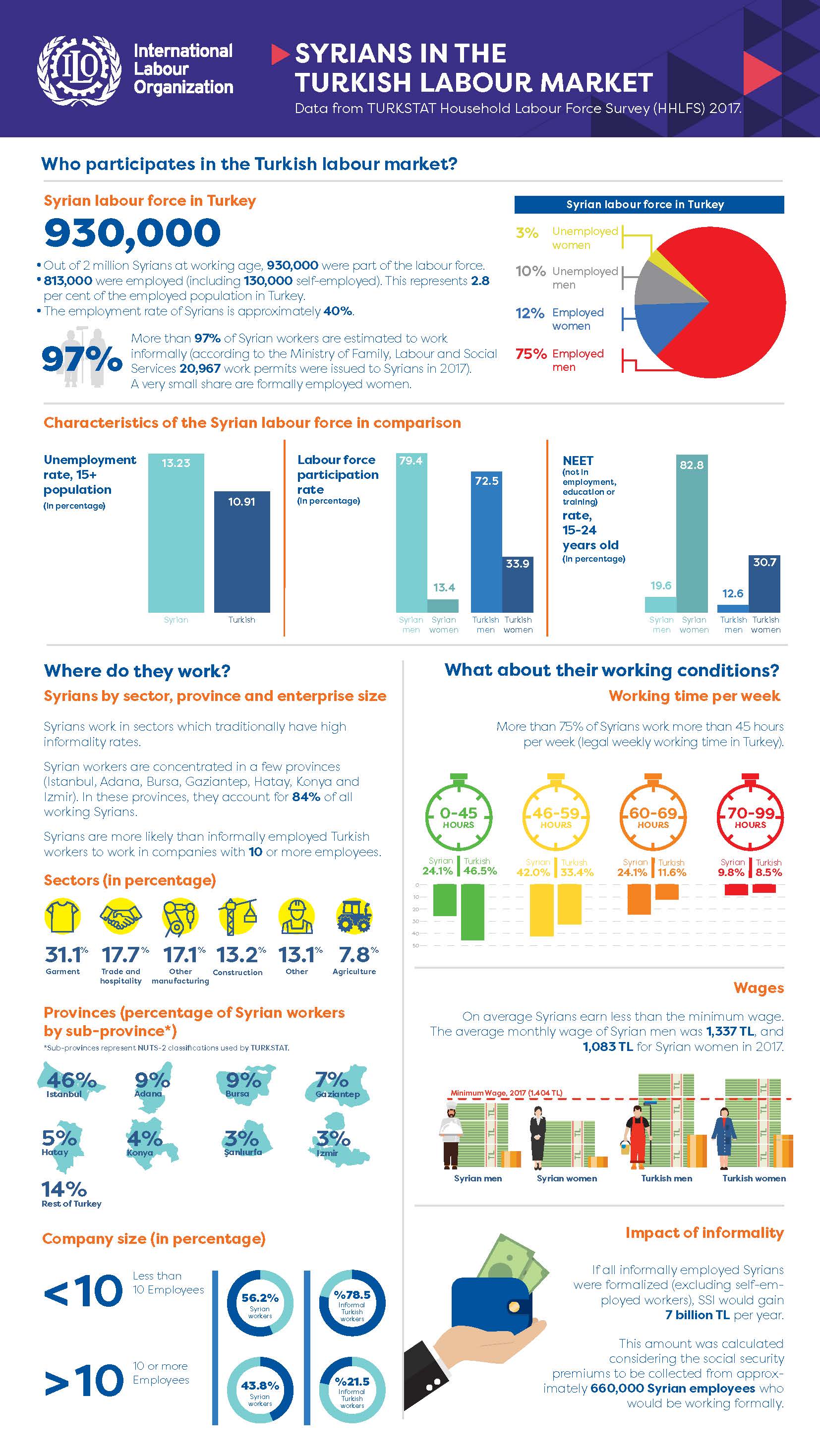