Despite the strong case for transformative care policies, large discrepancies in the coverage of care policies exist in Africa; coverage gaps are the widest, with detrimental health and economic consequences for people with care needs and care responsibilities (especially women), older persons, people living with disabilities, those living with HIV, indigenous peoples, those living in rural areas and those working in non-standard forms of employment or in the informal economy.

According to Care work and care jobs for the future of decent work, 2.1 billion people globally were in need of care in 2015, including 1.9 billion children under 15 and 200 million older persons. By 2030, this number is expected to reach 2.3 billion, driven by an additional 200 million older persons and children. Around 269 million new jobs could be created if investment in education, health and social work were doubled by 2030, the report says.

Sweeping changes in policies should address the rising need for care and tackle the huge disparity between women’s and men’s care responsibilities. The figures show that women are performing more than three-quarters of the time spent in unpaid care work.

“The global prominence of nuclear families and single-headed households, and the growth of women’s employment in certain countries increase the demand for care workers. If not addressed properly, current deficits in care work and its quality will create a severe and unsustainable global care crisis and further increase gender inequalities in the world of work” said Laura Addati, lead author of the report.

According to the report, women perform 76.2 per cent of total hours of unpaid care work, more than three times as much as men.

In Africa, the most common profile of unpaid carers is that of a woman aged between 15 and 54 years old, with few economic resources, several children, a low level of education and, often, health problems or disabilities, who simultaneously works for pay or profit, mostly in the informal economy, and receives little or no formal care support.

In sub-Saharan Africa, 68 per cent of community health workers are women, mostly young; 59 per cent had only up to primary education. The vast majority of them are unpaid, 43 per cent receive non-monetary incentives and 23 per cent receive stipends. Moreover, they incur costs, including transportation, which are frequently not covered.

In Africa, women spend 3.4 more time in unpaid care work than men. What is more, women are working more hours than men when unpaid care work and paid work are added together. The women–men ratio of total work (paid and unpaid) stands at 1.19 in the region.

In some countries, men’s contribution to unpaid care work has increased over the past 20 years. However, in the 23 countries providing such data, the gender gap in the time devoted to unpaid care responsibilities declined by just 7 minutes per day over the last two decades.

“At this pace, it will take 210 years to close the gender gap in unpaid care work in these countries. The glacial rate of these changes calls into question the effectiveness of past and current policies in addressing the extent and division of unpaid care work over the past two decades,” said Shauna Olney, Chief of the Gender, Equality and Diversity and ILOAIDS Branch of the ILO.

Need for increased spending on care

The report advocates a ‘high road’ to care work, which would result in a total of 475 million jobs by 2030, namely 269 million additional jobs compared with the number of jobs in 2015. This implies total public and private expenditure on care services of US$18.4 trillion or 18.3 per cent of total projected GDP. Such an investment would allow countries to reach several targets of four United Nations’ Sustainable Developments Goals (SDGs) by 2030: SDG 3 (health care for all), SDG 4 (education for all), SDG 5 (gender equality) and SDG 8 (decent work and economic growth).

The report also showed that most care workers are women, frequently migrants and working in the informal economy under poor conditions and for low pay. 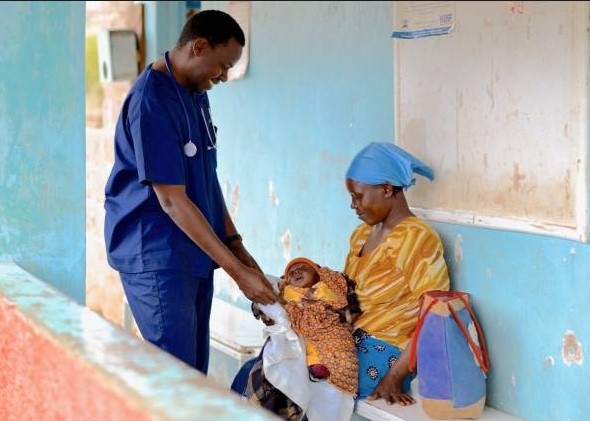