ADDIS ABABA (ILO News) – In sub-Saharan Africa, over 60 per cent of all working women remain in agriculture, often concentrated in time and labour-intensive activities, which are unpaid or poorly remunerated. Reversing the employment gender gap is a pressing priority, says a new ILO report.

In some countries in sub-Saharan Africa, time-related underemployment for women is as high as 40 or 50 per cent of total employment while women continue working fewer hours in paid employment and still perform the vast majority of unpaid household and care work.

To mark International Women’s Day, the ILO launched the report entitled Women at Work: Trends 2016 which examined data for up to 178 countries and concludes that inequality between women and men persists across a wide spectrum of the global labour market.

“Our actions must be immediate, effective and far-reaching. There is no time to waste. The 2030 Agenda is an opportunity to pool our efforts and develop coherent, mutually supporting policies for gender equality.”

On average, women carry out at least two and half times more unpaid household and care work than men. The gender gap in this regard is 73 minutes per day in developing countries compared to only 33 minutes in developed countries.

The highest gender unemployment gaps is found in Northern Africa and the Arab States with the female youth unemployment rate is almost double that of young men, reaching as high as 44.3 and 44.1 per cent, respectively.

In developing economies, women in employment spend 9 hours and 20 minutes in paid and unpaid work, whereas men spend 8 hours and 7 minutes in such work. The unbalanced share of unpaid work limits women’s capacity to increase their hours in paid, formal and wage and salaried work.

Moreover, women spend 4 hours and 30 minutes per day on unpaid care work, compared to 1 hour 20 minutes for men in these same developing countries.

In sub-Saharan Africa, female participation rates in labour force have increased by 3.2 percentage points over the last two decades. This increase could well be due to the absence of or insufficient alternative income from social protection and persistent poverty not allowing the option of dropping out of work.

Moreover, limited opportunities to further their education or training also compel more women to work. In addition, persistent male unemployment often leads to an increase in female labour force participation, in order to compensate for lack of income, but such increases in the female labour supply are likely to be absorbed among own-account and contributing family workers.

The ILO theme for International Women’s Day 2016 is “Getting to Equal by 2030: The Future is Now”, reflecting the urgency of addressing these gaps if the U.N. 2030 Sustainable Development Agenda is to be achieved.

Progress has been made in recent years toward understanding the complexities of decent jobs and gender equality and how to promote them. The ILO will prioritize focusing on key areas to support opportunities for gender equality:

“Achieving gender equality at work, in line with the 2030 Agenda for Sustainable Development, is an essential precondition for realizing sustainable development that leaves no one behind and ensures that the future of work is decent work for all women and men,” concluded Shauna Olney, Chief of the ILO’s Gender, Equality and Diversity Branch. 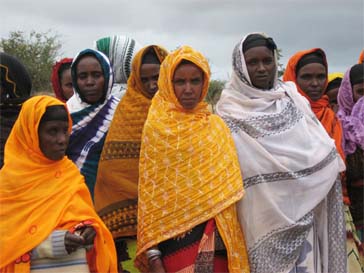