It is hoped that the Launching of the Pledge will enable AIOE and EFI to take action and adopt the voluntary pledge to improve the working conditions of domestic workers in India. This initiative is a first of its kind in the South Asian Region and marks the beginning of a significant step towards promoting decent work for domestic workers by employers’ organisations in India.

In India, domestic work forms an important source of livelihood for workers, particularly for women workers with no or limited education and often from marginalized communities. It is estimated that there are 4.8 million domestic workers including 2.9 million female domestic workers and domestic work accounts for 3.5 per cent of women’s total employment. Domestic workers make important and significant contribution to the maintenance of households and the well-being of families as well as the economy. While their contribution has traditionally been unrecognized and undervalued, the COVID-19 pandemic brought the realization of the importance of care work and work done by domestic workers to many in India.

In the event Mr Arvind Francis and Mr Vijay Padate personally subscribed to the pledge as employers of domestic workers and encouraged the participants to endorse it. It is hoped that this would inspire more people to subscribe to the pledge when the two organisations start promoting it. 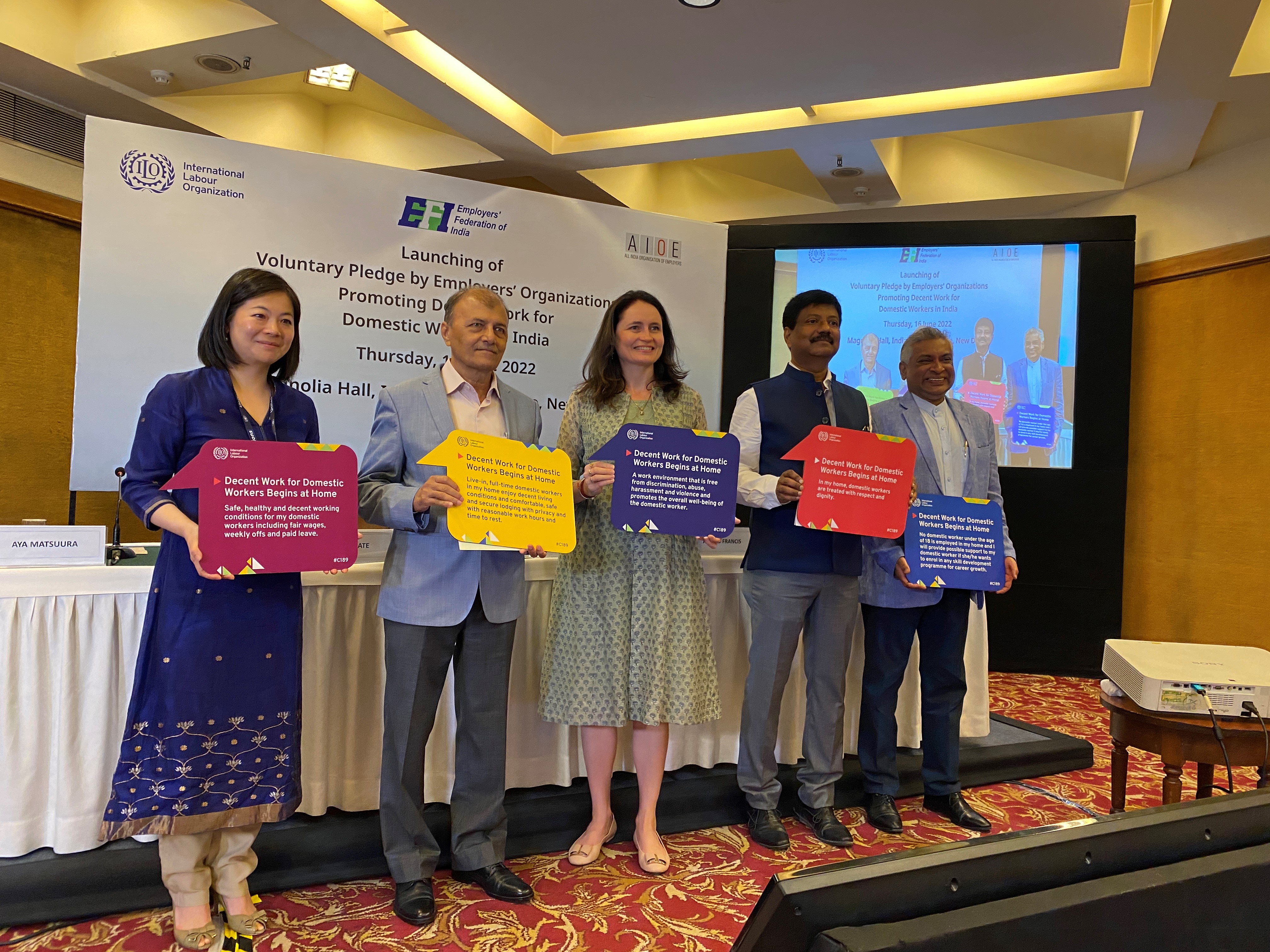