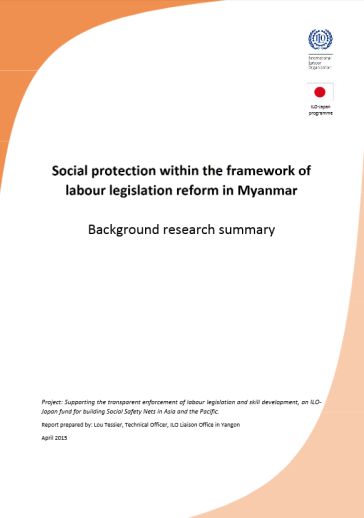 Download:
The labour legislation in Myanmar is currently composed of a number of old labour laws passed during colonial time and new laws adopted since the beginning of the reform process. The review of labour laws concerns mainly (i) the adaptation of the old laws to the new reality of the labour market and (ii) the revision of the laws which encounter implementation issues (i.e. either because they were drafted at a time the country did not have empirical experience in the matter or because they overlap with new frameworks).