YANGON (ILO NEWS) - After carrying out a value chain selection and assessment in Myanmar’s Shan State between August and October 2017, the Vision Zero Fund (VZF) project has identified the ginger value chain as a sector to be further assessed and supported with interventions focussed on strengthening occupational safety and health (OSH).

Additional players of the value chain, such as government stakeholders from the Ministry of Agriculture, Ministry of Commerce, and Ministry of Labour, as well as certifiers of organic and Good Agricultural Practices (GAP) produces, development partners, and workers’ organizations were also present. Nearly 100 attendees participated in the Meeting, which counted with the technical support from Winrock International, VZF’s partner which provides technical support to different actors of the ginger value chain.
The objectives of the Ginger Stakeholders’ Meeting were to validate the results of the OSH-focused value chain assessment, and provide inputs to the design and prioritization of interventions to be carried out during the implementation of the VZF project in Myanmar (2018-2020). Discussions were framed within the vision of the industry in order to promote the identification of market-based and sustainable interventions that could contribute to better safety and health practices in the value chain. Participants learned about global trends in the ginger production, prices and different types of ginger, and the potential for value-added products based on ginger, such as ginger beer, candies or tea. The group had the chance to validate the results of the assessment in an interactive way through participatory exercises, such as group work and plenary discussions.

The main findings and suggestions stemmed from the group work included:


1. Good OSH practices in the ginger value chain increase the quality of the produce and opens up possibilities to access premium markets.


Given the business case for the promotion of premium quality ginger (residue free or organic), the VZF project supports the elimination of agrochemical hazards such as pesticides and herbicides (e.g. paraquat) among farmers that want to access premium markets.
VZF will facilitate this process by raising awareness on the risks associated to the use of agrochemicals. Value chain development efforts that connect farmers with premium buyers can translate these efforts into higher income for ginger farmers.


2. Knowledge and awareness on chemical, physical, ergonomic and other hazards in agriculture is low among ginger stakeholders


Knowledge and awareness of OSH issues among ginger farmers is low, and is not different from other value chains in Myanmar. Working with supporting functions of the chain, particularly with the Ministry of Agriculture, and strengthening their capacity to raise awareness on OSH issues is key to reach out to all actors of the value chain. Moreover, VZF will concentrate its efforts to effectively train agrochemical retailers, as well as promote safer practices in the farms, particularly those that can benefit from obtaining the Good Agricultural Practices (GAP) certification.

3. Farmers are not organized, missing out the possibility of gaining access to a broader market and other useful information


Strengthening the creation of informal farmers groups will allow VZF to embed OSH knowledge and services among farmers, who will also receive support to access broader markets thanks to Winrock International’s intervention. Internal auditing competencies that support certification process among farmers groups can facilitate the dissemination of OSH messages and healthy practices among ginger farmers.


4. Value added from ginger based products generated and distributed in Myanmar could benefit the ginger business, and create more and better jobs

With the support of VZF, current and future ginger processing facilities will benefit from OSH management systems and lean factory designs that keep workers safe and inventory undamaged, while maximizing effective production. These facilities contribute to the promotion of decent and sustainable work in the value chain, while offering more opportunities to generate value added that benefits ginger stakeholders in Myanmar. 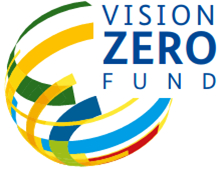