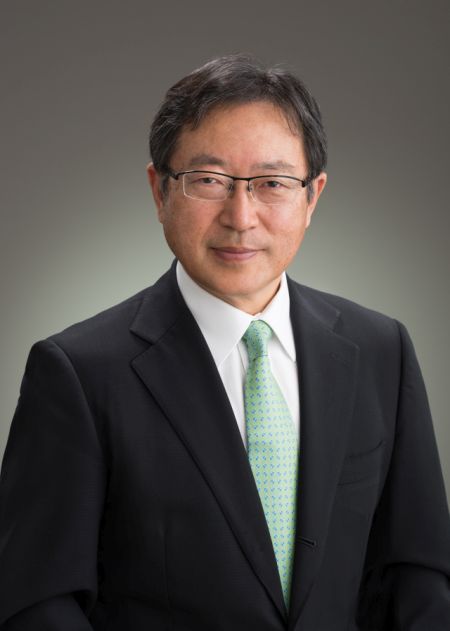 The ILO celebrates its centenary this year. How do you see the ILO’s activities in the past 100 years?

Since its foundation in 1919, the ILO has worked on behalf of global progress and people from all occupations, countries and regions, declaring them to have certain rights that must be guaranteed and making substantial contributions to improving working conditions and standards of life.
One unique aspect of ILO, not seen in other international institutions, is the organisation’s tripartism. The representative of workers, employers and the government are all involved in the ILO’s policy decisions. This trilateral system was introduced at the organisation’s founding and it has been persistent throughout its activities till today. This system is one of the most effective means of resolving labour issues to the extent that it helps for a consensus among the perspectives of all participants. The ILO’s core principle, such that dissolution of labour issues and achievement of social justice will help lead to world peace, has been persistent among the people even as the time changes. I believe that we must reaffirm and continue to work to realise this principle for the sake of all people for the next 100 years.

What does the ILO do that makes it important in today’s world?

With the advancement of globalisation in recent years, the market has become increasingly competitive and capital markets have become more internationalized as well. Rapid technological progress has driven the economy forward, but this may result in an increase in wealth inequality. In some countries and regions in particular, both economic and time poverty remain pervasive, and it has been observed that people who are born into impoverished circumstances have trouble escaping from it by their own efforts alone.
The ILO has taken resolute and aggressive responses to such development in the past. One example is the initiative towards the achievement of decent work. Many people face what should we call a shortage of decent work, including unemployment, underemployment, low quality unproductive work, dangerous work, unstable sources of income without right, gender inequality, exploitation of immigrant labour, lack of freedom of expression, and inadequate protection for illness, disability and ageing. In order to discover solutions for these problems, the ILO has erected strategies regarding the realisation of decent work and provided an assistance for such efforts in accordance with specific plans suited to actual conditions in each country and region. These initiatives are truly in line with the ILO’s principle of achieving societal justice to contributing to world peace, and I think they should be highly esteemed as such.

What does the ILO do which is important to Japan?

In Japan, efforts are currently underway to implement workstyle reform with the aim of achieving diversified and more flexible working styles. Japan is known as a country with a low birth rate and aging population. As the working population continues to decline in the future, there is a need to build an environment in which a variety of people can act on their ambitions and abilities. But I also believe that workstyle reform is an urgent area of interest as a means of both improving productivity and well-being. In Japan, from the period of high growth of the 1960s to the bubble years of the late 1980s and the subsequent low-growth period, the best business model for success was considered such that all staff come together in solidarity and work as one towards a common objective. This mindset of ‘everyone together’ resulted in many standardized, uniform requirements applied to all staff in the workplace. They were required to adhere to company’s directive to protect their own jobs even in cases of sudden job shuffles, transfers and other similar occasions, and sometimes long working hours required them to sacrifice lifestyle for work.
However, Japanese companies are now facing difficulty beating out competition from emerging countries and others in terms of both prices and technology. Japan has now entered an era requiring novelty and reform that enhance added value. Unnecessary requirements need revision, and Japanese staff must be more willing to tackle new challenges as well as attain more sophisticated high-level knowledge and experience. It is also important for people to discover motivation and purpose in their work and life, and to improve the well-being of individuals. The traditional Japanese employment model continues to be in need of reform. Japan must change such that it can improve the well-being of a wide range of individuals. We are in an age that requires us to implement these workstyle reforms now in order to build a sustainable society for the future.
What would you like the future of work to look like?
Nobody really knows how the future of work will be. Recently, we do see many predictions regarding the future of work which span a wide variety from the optimism to the pessimism. However, I think that there is something more important than predicting the future of work, according to the issues facing us right now. In other words, I believe it is important for us to clearly map out our vision of the society that we seek to achieve, and to build a society in which anyone can develop and act upon their ambition and ability to achieve a high level of well-being.
As an economist, I have conducted discussions with many researchers from various countries on the future of employment policies and strategies. My understanding is that there are several consistent problems that are common to all countries, caused by the following: declining birth rate and longevity / aging population, economic globalisation, and accelerating technological changes. And, the conclusion on how to resolve these problems is also common to all countries; namely, that we must create a society in which individuals can act on their abilities and in which everyone can live in safety and prosperity. In order to achieve such a vision, we need to create a society that cultivates people. We must provide full social security such that people can live in safety and peace-of-mind, as well as help strengthen their wings so that they can take flight themselves. In the past, we have strengthened economic shelters to guarantee individual employment and income. However, at the same time, we increasingly must focus on building a safety net by which societies support individuals’ autonomy and independence. The specifics may, of course, differ depending on the circumstances of each country and region.
What policies are needed to create such a dynamic society? In building social policies in the past, the only relevant relationship was between the government versus individuals. However, I think, that we now need a policy that focuses on individuals. We need a strategy to assemble society with the participation of the government, companies, labour unions, schools, municipalities, NPOs, and all other players cooperating and collaborating with a shared vision to move forward.