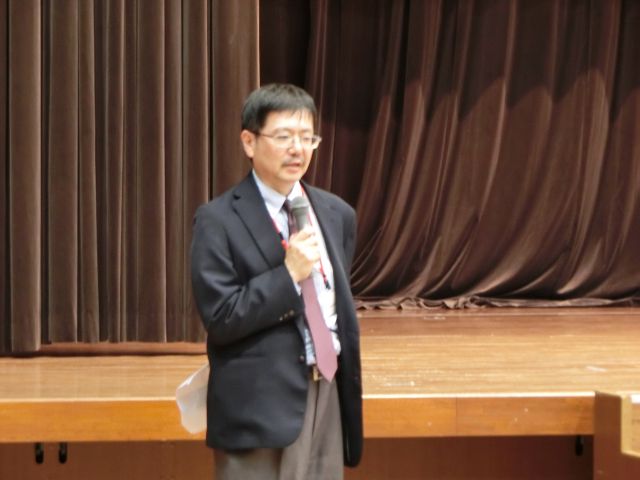 Prof. Suzuki graduated from Sophia University in 1986. In 1989, after several years working at a company, he moved to the USA for study and received Ph.D. in Sociology from University of Wisconsin-Madison in 1997. He started his academic career in 1999 as a researcher at the Ohara Institute for Social Research, Hosei University.  In 2016 he was appointed as a Director of the Ohara Institute.  His work focuses on sociology of labour and social movement theory.  His recent research focus is historical relations between labour and environmental movements.

How do you know the ILO or what is your connection to the ILO?

I learned about the ILO when I was in a graduate school. I wrote my PhD thesis on the development of the Japanese labour movement. One of the labour unions I examined was the one for national railway workers that engaged in the struggles for the ratification of ILO Convention No. 87, Freedom of Association. The union elected some dismissed workers to leadership posts in the late 1950s, and the authority of the railway company refused to engage in collective bargaining with them, saying that the involvement of the dismissed workers was illegal. Consequently, the union, with other public sector unions, appealed to the ILO and also put pressure on the Japanese government to ratify the ILO Convention No. 87. Eventually, the government ratified the convention in the mid-1960s. The history of the Japanese labour movement really shows the important role that the ILO played in its development.
After I joined Ohara Institute for Social Research at Hosei University in 1999, I came to know more about the ILO in two ways. First, the ILO has been featured in the Japan Labour Year Book, which is published by the institute every year. Through editing and reading the concerned chapters, I learned more about the activities of the ILO, such as discussions on international labour conventions at Governing Body meetings and Conferences, as well as technical support provided by the ILO. I was impressed, particularly, by the ILO’s commitment to the improvement of people’s working life and living conditions all over the world. Second, Ohara Institute for Social Research has organised the International Labour Issues Symposium since 1987. And from 2003, the symposium has been co-hosted with the ILO Office for Japan. At the symposium, an agenda is picked from those discussed in the International Labour Conference of that year, and representatives of workers, employers and the government are invited to share their viewpoints and opinions on the agenda with the audience. We also invite scholars and specialists who are familiar with the issues related to the agenda. Through organising this symposium, I learned about the complexities and importance of the decision-making process among representatives of workers, employers and governments of different countries to reach a consensus on conclusions for each agenda and its related documents each time.

What does the ILO do that makes it important in today’s world?

Under the neo-liberal globalisation, the collective representation of workers’ interests has been considerably weakened. The disparity among workers in wages and benefits has widened. Furthermore, there is an increasing number of people who are working under non-decent working conditions. The ILO’s activities are important because, through conventions and recommendations, the organisation sets normative standards for i) how workers, their representatives and management engage in negotiations of their wages and working conditions; ii) how labour conditions, such as wages and working hours should be regulated so that any workers would not be paid excessively low wages or work for unreasonably long hours; and, iii) how labour policies should be formulated for promotion of decent work. My main area of interest is the activities of the Committee on Freedom of Association, which is important, because it provides labour unions with a forum of appeal, through which they can file complaints against repression on their activities that cannot be solved within the judicial system of their own countries.

First, the so-called basic labour rights to organise unions to engage in collective bargaining and strikes should be guaranteed. In some countries, such as the United States, these basic rights of labour have been considerably weakened, because of the policies and court rulings set in favour of employers. The rate of unionisation has declined in many industrialised countries. Union movement should be revitalised, not only to accommodate an increasing number of precariously employed low-waged workers, but also to exercise a stronger influence on the policymaking of the government.
Also, labour movements should engage in struggles against discrimination towards migrant workers and refugees who fled their countries due to civil war, natural disaster and so on. I expect to see more cooperation between labour movement and social activists to protect the interests of workers from various backgrounds. Since workers constitute one of the indispensable elements of the tripartite principle of the ILO, making a more robust labour movement will also contribute to the effectiveness of the activities of the ILO.